British extremists DEVILMENT (who feature CRADLE OF FILTH frontman Dani Filth in the ranks) have posted the first in a series of track-by-track breakdowns for their debut album, The Great And Secret Show, which is due for a November release via Nuclear Blast. 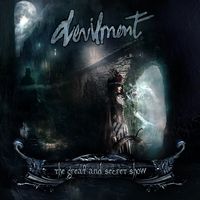