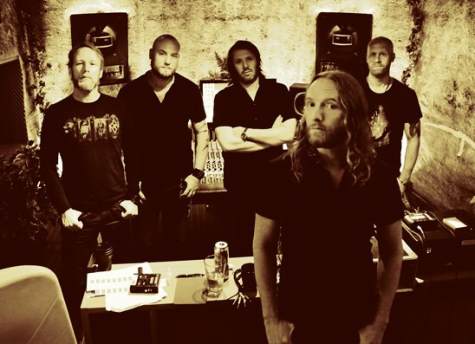 Comments the band: “After the introspective ‘For Broken Words’ and the uptempo riffing of ‘The Science Of Noise’, it’s time to showcase the more anthemic aspects of the new album with the song ‘Uniformity’.

“In contrast to the more experimental promo videos we made last year, we wanted the ‘Uniformity’ clip to be an intimate and genuine performance video. Nothing but the music itself and the band members playing in the rehearsal room. For this, we hired renowned director Patric Ullaeus, and we’re very happy to share the result with you.

“Stand up and be counted!”

Regarding Construct, DARK TRANQUILLITY previously said: “The selected few people that so far have been granted the privilege of hearing the full album are uniformingly convinced that ‘Construct’ is the strongest and most exciting DARK TRANQUILLITY album in a long time, and who are we to disagree? While still bearing the unmistakable mark of the DARK TRANQUILLITY, the record is probably our most different and diverse offering since 1999’s ‘Projector’. For now, we’re pleased to share the tracklist, trailer and sleeve design with you, but the first musical preview will appear in the near future.”