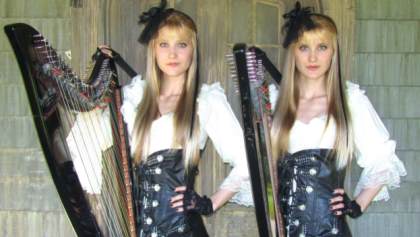 Camille and Kennerly Kitt – the US-based identical twin actresses and electric/acoustic harpists, who compose, arrange, and perform as THE HARP TWINS – have tackled Iron Maiden again with their rendition of “Dance Of Death” on electric harps. The lovely ladies add: “Listen with headphones for fuller range of sound. Available in full HD (1080) – button under bottom right corner of the video.”