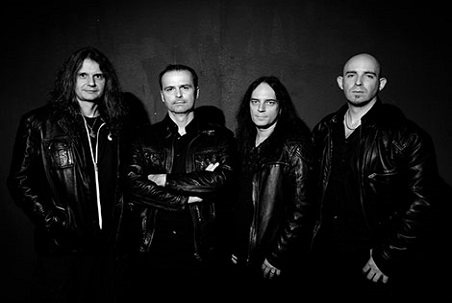 German power metallers BLIND GUARDIAN are about to hit the road in support of their latest album, Beyond The Red Mirror, which came out in Europe on January 30 and in North America on February 3 via Nuclear Blast. Today marks the start of the worldwide tour, which kicks off in the band’s hometown of Krefeld, at the sold-out and legendary Kulturfabrik, the place where everything began.

BLIND GUARDIAN has posted a new tour trailer, featuring impressions from their rehearsals and with some comments about the upcoming shows. Check it out below.