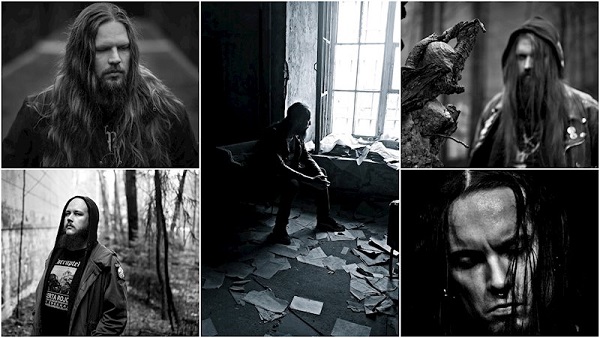 This past October, Totalselfhatred posted a Facebook update detailing some lineup changes. A painful necessity of a functioning band, lineup alterations are complex as they are frustrating, something that was alluded to in the band’s message of “J. & I. retreat for contemplation about the future of TotalSelfHatred since the upcoming third album also marks the end of a difficult 6-year period that demanded for changes since long.” Considering the band’s last opus, Apocalypse in Your Heart was issued in 2011, these changes appeared to be well in order, thus, rejuvenating the band just in time for the release of their newest effort, Solitude. To wit, it’s easily the band’s best album to date.

A compositionally dense and flat-out dark album, Solitude is depressive black metal’s nadir. In the hands of TSH, it’s simply daunting, melancholic and harrowing metal, to which few deeper emotional depths can be plummeted into. The album’s five songs routinely charge and cast a round of bleakness that does flash black metal, but it’s much more than your standard dude shrieking among of a stream of broken chords and washed-out melodies. TSH is simply transcendental here. Wanting to delve deeper into the process behind Solitude, we sent over some questions for guitarist/songwriter J to answer, who responded in kind…

Dead Rhetoric: The obvious place to start is why the seven-year break between albums? Was there a point when Totalselfhatred wasn’t going to continue?

J: Well, we’ve never really been that quick when it comes to our music. We prefer to let our ideas simmer in peace before putting them into action. I do have to admit, that this time the delay wasn’t entirely our own fault, as during these years there was an impressive amount of adversities and setbacks that we eventually had to overcome. Most of the new album was recorded almost three years ago, but it’s only being released now. The process has been long and arduous and we’re just glad it’s finally reaching its completion. Due to the fact that nothing seemed to happen in years each one of us has had their fair share of frustration and feelings of giving up the endless tilting at windmills. This eventually led to one of the reasons that made C. reach his decision of leaving the band and concentrating on other things in life.

Dead Rhetoric: Was there a particular moment that got the ball rolling again for the band?

J: Yes. The irony is that this happened only several years after the new album was recorded. We forced ourselves to sit down and talk to each other about the matters that had been bothering us for ages, instead of just coping with personal negativity in the traditional Finnish way – silence.

Dead Rhetoric: A lot has changed in the depressive black metal world since Apocalypse in Your Heart. Have you been paying attention to what’s been going on?

J: Not really. We’ve always been doing our own thing anyway. The whole current modern metal scene has put me off almost completely from even listening to anything else even remotely metal-related than older classics.

Dead Rhetoric: Has the definition of black metal changed for you at all during this time?

Dead Rhetoric: In many ways, Solitude feels like a tremendous step up from Apocalypse. From the production, the songwriting and the overall execution. What brought about this extremely high level of quality?

J: Time. Time invested in playing together, finding the essence of the songs, reaching the emotional depths which these songs required, grasping and conveying the personal depths of meaning in one’s world of emotion and meanings that we felt that needed to be channeled into the music. As a band, we worked more as a whole than ever before. On a personal level I feel that I might have even revealed my own persona a bit too much in some of the songs, thus channeling out glimpses of my own personal demons that, in retrospective, I might’ve rather have kept hidden inside. I can’t speak on behalf of the others, but at least I share a truly deep connection with this album.

Dead Rhetoric: If you want to look at it this way, it feels like Totalselfhatred has left black metal behind; Solitude translates more like a depressive, melancholic metal album than fitting into one genre. Agree?

J: Not really. In essence, we are still doing what we’ve done since the first album – channeling our emotions into music. The form might’ve evolved slightly over the years, but the core still remains the same. It is difficult for me to view our material objectively though, as I’m very involved with it on an emotional level. Then again, as it is with all art, it is up to the observer to find their own meanings and interpretations of the pieces presented. Like Tolstoy aptly put it back in his day: “Art is a human activity consisting in this, that one man consciously, by means of certain external signs, hands on to others feelings he has lived through, and that other people are infected by these feelings and also experience them.”

Dead Rhetoric: There are quite a few rather excellent acoustic guitar bits, melodic guitar lines and atmospheric moments spread across the album. Was it a conscious decision to include so many of these?

Dead Rhetoric: Does the same level of nihilism and pessimism still exist within the band? Or, do you think it was overplayed and misinterpreted?

J: We are still the same people, just grown older in the process. I don’t know if it’s truly a form of nihilism or pessimism, as our must fundamental philosophy over the years has been along the lines of “strength through pain” that we presented on the first album. Personal growth can be achieved through facing – and conquering adversities. Life has this perpetual tendency to throw misfortune and hardship towards your way. Instead of succumbing to it, we choose to embrace it with open arms. This can be seen as our own take on the “creation through destruction” ideal. Even though the band name comes originally from a highly self-ironic pun, it doesn’t mean that we’d have a tongue-in-cheek mentality when it actually comes to these matters.

Dead Rhetoric: You recently underwent some lineup changes. How will they affect the band going forward?

J: It has drastically changed the group dynamic and allowed us to be on the same page again, aligned the off-sync in which we had been running on for quite a lot of years. I feel that now we have a possibility to reach something even greater.

J: We will play a few live shows with the smaller line-up and see how they go. Might even start composing new songs if, and when the inspiration strikes. 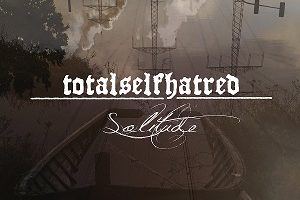