Ever the forward march towards the end of 2017 at this point. Close your eyes for too long now and you’ll be seeing the snow fall (at least here in the northeast). But it’s primetime for Bandcamp once again, with the fall deluge coming to an end shortly. Time to cast more eyes again to the independent acts trying to gain a foothold. This month we look at Aeranea, Dreamgrave, Grotesque, Iblissian, Recode the Subliminal, Recorruptor, Recreated, Skydawn, Solipsismo, and Sympuls-E.

Aeranea’s last EP, The Fading Ones, was covered in this column, and new EP The Demons Inside coincides with the band’s performance at this year’s FemME. Standout pick “The Fall” is pleasantly heavy, with growled vocals to accompany the band – creating an excellent dynamic in the balance. The band’s modern and slightly gothic sound benefits from this, and it makes for the band’s stongest song yet. The remaining two tracks showcase that the band has managed to grow in songwriting strength and find their own sound a bit more. The melodies shine, and the added emphasis on dynamics really set them up to deliver a massive full-length in the future.

We at DR fully approved of Dreamgrave’s last full-length, Presentiment, and their latest 3-song EP Monuments sits just as strong. The eclectic act fuses together progressive, jazz, and classical into their metallic slurry, alongside more extreme elements. Acoustic moments, brutal heaviness, progressive melodies, excellent operatic vocals, and more find their way into the 11-minute “The Passing Faith in Others,” which is worth the price of the EP on its own. The bouncy, jazzy beginning of the title track and sullen beauty of “Drop the Curtain” provide a pleasant bonus. This appears to be the first in a series of connected EP releases, so be sure to keep your eyes peeled.

One almost hates to simply label Grotesque with the tech death tag, with it’s propensity to associate with bands that focus on that one angle to no end. Grotesque can hit the tech standard like any other act going in 2017, but Feedback Loop really goes above and beyond in the brutality department. Think more along the lines of Suffocation or Deeds of Flesh, but with the incorporation of more modern tech influences. It never fails to be captivating while it steamrolls intensity, but the intricacies make sure that there’s enough depth to keep you coming back for more. Not to mention the ability to effectively do all this in 3-4 minutes a pop, keeping the songs concise and entirely lethal.

Connecticut may not be one of the first places you think of when it comes to black metal, but Iblissian prove themselves to be the real deal. The lightning-quick tempo of “Suffer to Become” has plenty of buzzing guitars, blastbeats, and raspy vocals to hammer the point home with style. The other, longer tracks on the EP delve more into atmosphere and melody, with “Prometheon” being chock full of headbangable riffing to accompany the black metal edge. The darkness that fills the EP is possibly the strongest piece of it, providing an exciting backdrop that draws you in (along with some of those commanding riffs, such as “Hammer of Gods”).

After covering Recode the Subliminal’s debut, The Cost of Every Man, we were keen to hear more from the exciting melodeath act. “Unnatural Selection” marks the introduction to the second chapter from the band, and it feels like they have tightened the reins a bit with songwriting. It’s a sharp song, pivoting on the balance between Ryan Strain’s soaring clean vocal performance and rasps/growls. They are still working within the modern melodeath format (there’s some glorious and hefty riffing to be had), and should have some serious appeal for Soilwork and Scar Symmetry fans. There’s no release date for Disconnected yet, but rest assured it will be worth a look.

Thrashy, pedal to the metal death metal is what you’ll find with Recorruptor’s Bloodmoon. Some slight swerves into black metal keep things interesting, as well as unleashing a slightly different feel within their brutality (see “Sepulcher of Shadows”). They also do a good job of layering in some more intricate riffing into their thrashy tempos, which gives the album more kick on repeat listens. Effectively brutal, though they don’t lack for melody. Mood setting moments, such as “Dark Behemoth Rising,” also have their place among more frenetic faire such as “Sleepeater.” Lots to enjoy here.

Melodic death metal from Gothenburg that captures the essence of the earlier days without aping it entirely. You’ll find the aggression, the lack of clean vocals or poppy rhythms, but nonetheless glistening melodies that are impressively catchy. While there’s only two original tracks here, they are more than enough to excite anyone who is in the mood for some melodic death metal that harkens back to when the genre had a bit of brutality to it. Flashy melodies, a fair share of grit in the riffing (and impressive growls), and a top notch cover of In Flames’ “December Flower” mark Recreated as a band worth checking out as they move forward.

Hitting the classic metal vibes hard are Skydawn, with their first release Destiny is Near. They carry the needed hooks and some rather enjoyable groove (see “Show’s On”) to push themselves further, and for a first release, it’s rather tight. They never overplay their hand, operating in the mid-tempo range for most of the three tracks and allowing the melodies to stay close to the surface. The vocals are solid as well, with an emphasis on power and bravado that matches the melodies, but still able to hit some higher notes when called upon. Skydawn churn out some good old fist-pumping heavy metal anthems.

Thrashy melodic death metal with a knack for the technical gives Solipsismo plenty to work with on Sangre Antigua. Half of the tracks are instrumental, half contain vocals, but in the end you won’t care either way – every track is simply packed with excellent guitar work. The sort of thing that can appeal to fans of Revocation, The Black Dahlia Murder, as well as older Soilwork. Plenty of complex riffing and playful leadwork, but done in a way that’s digestible and maintains some very high energy, as well as placing a few hooks and grooves to switch things up. Some serious potential in these tracks.

Sympuls-E is a band we’ve covered within this column a few times at this point. They play a variation of more modern melodic death metal that often utilizes keyboards/synths alongside some upbeat riffing. It manages to stay fairly heavy while delivering some saccharine melodies on occasion. Mirror City is no different, in part due to the fact that this is actually a remake of their first demo. Without that knowledge, you’d never know this was old material – it sits just as strongly as anything else in the band’s catalog. For those just finding the band, it’s a perfect starting point, but also worth it for any fans to complete their collection. You can tell there was plenty of TLC that was added to this remake. 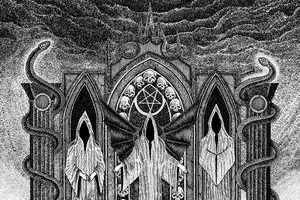