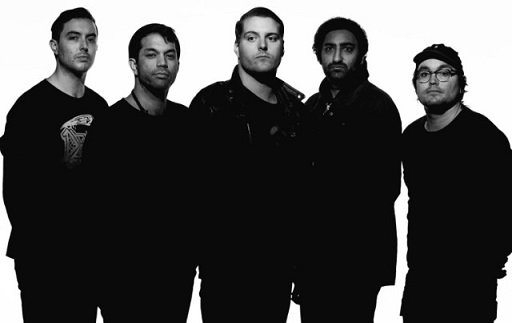 In the spirit of full disclosure, this is much less of a review of Ordinary Corrupt Human Love and instead an autobiographical retrospective for myself and a kind of shared path of development with Deafheaven since their inception as a band. In short, I can pass on to you, dear reader, that whatever camp you’ve fallen into concerning Deafheaven over time, Ordinary Corrupt Human Love isn’t likely to change your mind one way or the other. That being said, let us begin, as they say, at the beginning.

Summer 2010, I was coming off a resurgent return to college after wasting away in the dropout void for a couple years. A metal blog I used to frequent (though I couldn’t even begin to tell you what it was now) made a posting, this new band and their demo out of San Francisco area. I followed on to Bandcamp and from the first track, “Libertine Dissolves” was completely enraptured. I loved black metal, I loved shoegaze, and I loved well-applied post-rock techniques (still do, in truth). And it was all here. Though tortuously brief, as most demos tend to be, it was immediately and without hesitation my first Bandcamp purchase, the release itself only weeks old. I felt at the time I’d stumbled upon something that may eventually be massive. Something that was parallel to the resurgent fire of hybridization I was experiencing in my academic life. Though I had no idea how they’d develop at the time or what lies ahead for myself, I’m glad my initial goddamn at it all wasn’t wrong.

Though the DNA remains largely the same between the demo and Ordinary Corrupt Human Love, the refinement that comes from being multiple albums in shines through. Opening with a piano-led “You Without You,” the ideal melancholic nostalgia the band has mined so fruitfully over the years remains at the forefront of its creation, driven in part by a female voice reciting a short story about Oakland, and it hits. This aesthetic, manifest as it is completely in the saturated-home-video style of the video for “Honeycomb,” while often a pillar of disdain for those who rail against the band, is worn throughout Ordinary Corrupt Human Love lease itself only weeks old. I felt at the time I’d stumbled upon something that may eventually be massive. Something as a bulwark, in truth the sound of a band embracing the best elements of itself.

Though still nascent in 2011, the band was not idle, having quickly been picked up by Deathwish and working away on what would become their first album, Roads to Judah. The elements that were present on the demo were made sharper and clearer. The blastbeats were faster, the shoegaze thicker and prettier, the melancholy prevalent in the whole affair more pervasive (“Unrequited” is still one of my most beloved). For myself, 2011 served a similar role. College continued on and I found myself making an important choice: to hybridize completely. Initially, in my return, my major was history and history alone, no minors or accompaniments of any kind. Spring 2011 saw that change, however, when I took my first Anthropology class, the usual introductory survey class to fill a general education requirement.

I made a decision then and there that I’d take Anthro on as a second major, even if it meant going longer. Much like many of the things I enjoy most in the world, Deafheaven certainly among them, hybridizations always come across as more interesting than things which are purely one thing. That isn’t to disparage things that are amazing because of their singular focus (looking at you, Quake 3: Arena), but the ability to synthesize many things into something great is something I hold a most profound respect and love for. But I digress, and while I’m very fond of it, I’ll be passing over the Deafheaven/Bosse-de-Nage split from 2012 (though it does feature my favorite BdN track).

2013: life gets real. The gestation ground of college reaches its end and yours truly makes a life-changing decision: he joins the Navy. In June 2013 Deafheaven was right there, ready to split the metal, and even shards of the popular world, apart from the release of Sunbather. Its color intended to be that which is seen through closed eyes beneath the sun, it came across in many ways as a celebration. If you work back through the Dead Rhetoric archives you’ll find that I wrote a particularly glowing review for Sunbather, so I am decidedly biased in its favor. For myself, at the time I stood moving between major milestones in life and Sunbather played the perfect soundtrack for all that transition, all that growth, all those reasons to celebrate and be joyous, even it still happened to be tempered with a sense of melancholy. After all, for something to begin something else must end. That it released when it (June) was all the more fitting, after my college graduation in May and my transition to Navy boot camp at the end of June.

Sunbather was the turning point. The band’s identity skyrocketed. Yours truly became adopted into a very different world. “Blackgaze” became a go-to phrase in the aftermath. (And I am purposely avoiding getting the subsequent genre effects on other bands like the complete self-induced obliteration of Liturgy after The Ark Work or the peculiar rise then complete stagnation of Ghost Bath.)

And as the story arcs go, for every rise there has to be a kind of fall, or at least some sort of tense bit of pressure to maintain an emotional cadence. While Deafheaven found themselves critical darlings across the spectrum, lay-response was appreciably more muted, especially in the “trve’”metal circles that, at this point, is beyond comedy. But I won’t get into that world here beyond to say I do not see Deafheaven as a black metal band, but rather something else entirely that makes use of black metal elements in doing their own thing (for harsh vocals one a shoegaze record, for example, see Drop Nineteen’s 1992 album Delaware).

The backlash, however, seemed to resonate with the band. Though it didn’t manifest particularly in the 2014 single “From The Kettle Unto The Coil,” things really came to a head in late 2015 with New Bermuda. The outcries of ‘false metal!’ seemed to be a spectre haunting every decision the band made in its creation, with the metallic aspects of the band being at the fore, least of all with the powerhouse opening of “Brought to the Water.” A manifestation of this turmoil seemed to paint the band completely during this time, as while I do love the record very much, it’s less a synthesis. The metal parts are very metal and the non-metal parts are very non-metal. Given the places the band members occupied during the time period, at least now as we understand it, this isn’t surprising.

When New Bermuda released I was somewhere in the Persian Gulf, sweating myself into nothingness on the daily. While it wasn’t where I saw myself when I initially joined (far from it, in fact) October 2015 served as a peak moment in my professional development and served as a fierce reminder that the end of one thing is the end of that thing, not inherently of anything else. Our paths through the world continued to work in a strange parallel, though at the time I was not in any way cognizant of it.

A brief moment here is to give praise to the only time I’ve seen Deafheaven live, which I did in spring 2016 at a very small venue (The Casbah) just up the hill from the airport in San Diego. I cannot stress enough how small the venue is and how outstanding of a venue it was for the experience Deafheaven brings in a live setting. I stood front and center beneath the ever-moving and intensely involved vocalist George Clarke. I won’t say it was a revelation, but it was and remains one of my favorite live experiences.

And that brings us to reflection and growth as we race toward the present. With Ordinary Corrupt Human Love, Deafheaven has again crossed paths with me in releasing something at the same time as a major event in my life, this time the end of my active duty time and the transition back into the mostly (I’m continuing as a reservist) civilian world. And if New Bermuda could be seen as a response to cries of inadequacy in the eyes of a particular kind of audience, Ordinary Corrupt Human Love is in turn, a response to that, one of dismissal. The seams that were pulled to the point of breaking on New Bermuda are now much tighter, the synthesized whole something far cleaner and more subtle than before. And tt’s bright, brighter even than Sunbather.

That is to say, it’s a complete embrace of the hybridization to create something wholly separate. Sure, the screams are there, and sure, there remains ample use of blastbeats throughout. But it’s more than that. In the lead up to the album’s release, the band has talked about at length of the influence of 90s alternative rock on the album and it shows. Not to say that what you’ll find here is (What’s The Story) Morning Glory? played at 200bpm, but instead a coloring that is layered across the entire release: it’s hopeful.

For yours truly, 2018 has been an amazing year for a number of reasons. But without a two thousand word digression into the elements why the same cannot be said for a lot of the world. So it’s refreshing that a release like Ordinary Corrupt Human Love embraces that aspect, refreshing in that it’s the path taken less often by those who ply the metal trade. Whether or not in the spirit of that transition, the album features a new aspect for the band: clean vocals. While Clarke’s rasp has been a mainstay in the band’s sound since its inception, here on “Night People” we hear him embracing a low-key but resonate singing voice alongside Chelsea Wolfe (who I knew would eventually be utilized on an album after they shared an outstanding tour together several years ago).

Reflection, growth, synthesis. The core elements of Deafheaven as I understand them (and I am not an expert), but the core elements that have always drawn me to the band and the space we share. I’m very fond being good at three things instead of great at one thing and, at least from the eight years so far, the band seems to prefer this approach as well. To reiterate, Ordinary Corrupt Human Love will not change your mind if you haven’t cared for the band in the past, especially Sunbather. It’s bright, it’s radiant, it’s a pretty thing that is unabashedly into how pretty it is. 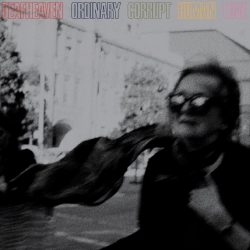 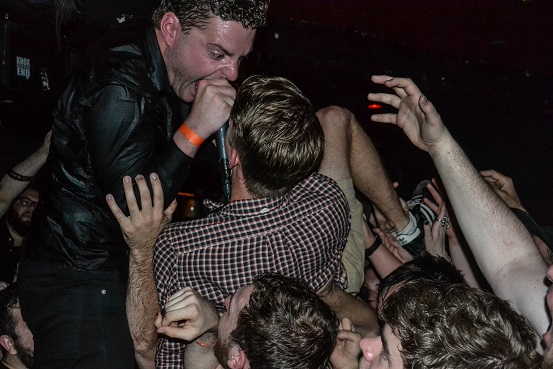