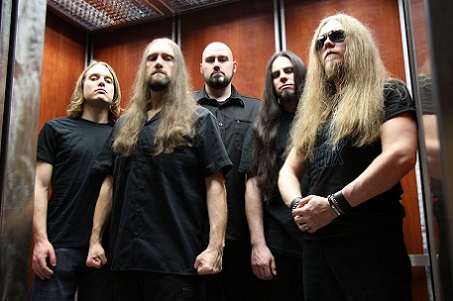 The best metal acts in my opinion always provoke and promote feelings. Sometimes unchartered, definitely uncomfortable, yet always seeking connection- to the music, to the words, to the dynamics of lows and highs, plus all the grey area in between. No matter what the genre, the greats always figure out a way to astound and delight through their creativity and translating this through recordings and live performances.

Chicago, Illinois’ Novembers Doom has consistently been one of those bands that exemplify this philosophy. Melding together doom and death metal like no other, their eight previous studio albums meet with hearty approval for so many critics (and fans) in North America and abroad. Their ninth and latest creation Bled White is another feast for the body and brain – moody, heavy, intense, morose, reflective, somber, tender – often churning these diverse thoughts within the same track.

So phoning vocalist Paul Kuhr is inevitable, and I felt it was necessary to discuss a wide range of topics to gain the most insight into this band. Prepare to learn about his health issues, his valuable insight on social media, the balance of life and music for the band in general, and why he needed to add more early 90’s Swedish death metal t-shirts to his wardrobe on a recent festival excursion out in Las Vegas. Do your part and support talent – read on and then grab the Novembers Doom catalog, you’ll feel so much better in the long run.

Dead Rhetoric: You have lived for years with spinal stenosis, a degenerative spine disease that has no known cure. You’ve also recently lost a significant amount of weight (176 pounds by the beginning of this year) which I’m sure has improved other aspects of your health. Can you describe how these factors contribute to the activities of Novembers Doom when it comes to studio work and live performances?

Paul Kuhr: That’s a good question. Basically, the weight loss did not help my spine disease whatsoever. That pain that I live with is the same kind of pain I had when I was much heavier, now the difference being it takes longer for my body to hurt the way it did. I still deal with the pain every day, but I have more comfort that I did. I basically lost the weight just by changing my lifestyle, I was feeling more issues with my heart more than anything else, I knew that it was beating irregularly and I didn’t want my daughter to wake up and find me dead so I needed to make a lifestyle change. I know a lot of people were concerned about me losing my growling ability when I lost the weight but that has not happened. As far as what it does for Novembers Doom and how we move forward, it does nothing different. Only now there is a healthier me with a bit more energy and I at least get to do these things with a little bit less pain. Before I would stand on stage for five or six minutes and I would have to turn around and lean on the drums to regain some sort of pain free moment in my spine but now I can do that a bit longer before I have to rest.

Dead Rhetoric: Have you learned more about your spine condition through people like Mick Mars of Mötley Crüe who also has to live with this disease?

Kuhr: No, not really. Anything I have done has been through research on my own or seeing different types of doctors, for many years I’ve gone to surgeons, specialists, I’ve done MRI’s, and I’ve even gone to healers at some point because the pain at some points was eliminating life and my quality of it. There was a lot of time where I couldn’t find much of a reason to continue on – when you live with that kind of pain 24/7 it is difficult, and probably lends itself well to doom metal. [laughs] It is the card I’ve been dealt and over time, I’ve learned more or less how to deal with it, painkillers, rest, and constantly changing my position when I am sitting, standing, or laying down – I just do a lot of research and keep a lot of hope that medicine will come up with something to maybe turn the condition around or stop the degeneration so that I don’t have to worry about living my life in a wheelchair.

Dead Rhetoric: The new album Bled White is another outstanding recording for the band. You always seem to dig deeper into the throes of contrast and dynamics with your doom/ death style. Were there any special surprises or twists when it came to the songwriting and recording sessions that you’d like to share- and where do you think it stands in contrast to the previous album Aphotic?

Kuhr: One of the main goals that we set out every time we write a new album is we don’t to ever repeat ourselves. We don’t want to make the same album twice, and that gets more difficult to do as time moves forward. Bled White being our ninth album, we have to push ourselves and dig deeper just because we don’t want to get stale. I think the one thing that has remained consistent is no matter what we’ve done from the beginning of our career until now no two albums are exactly alike – a lot of elements may carry over from album to album. We’ll always have that darkness, we’ll always have that death metal, that’s atmosphere and the roller coaster of dynamics on the records- adding new elements into the music each time to make it our own as well. We can do a song like “Bled White,” the title track, and we can also do a song like “Just Breathe” on the new album, and both are so different in contrast to each other. This all sounds like November Doom.

As far as surprises go, we set out this time to leave a bit more space in the music itself so the vocal melodies and harmonies can take front and center and run the hook of the song. We just worked hard on that to make sure that that was where it needed to be for the songs themselves. We thought outside the box, we wrote a little differently than how we’ve written records in the past. I think none of us were completely sure how this was going to turn out. We realized after it was recorded that we did hit upon something special. When you are constantly pushing yourself as a musician, trying to do something better and different along the way you are always wondering if people are going to like this, did we do better than our last album, is this going to be accepted? We just have to be happy first, and if we are happy with the final outcome, if anyone else likes it that’s just a bonus. 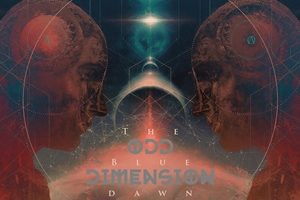 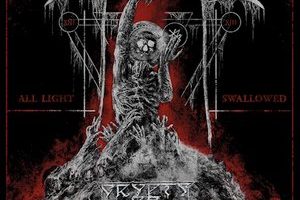 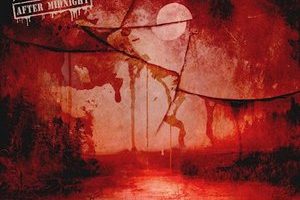 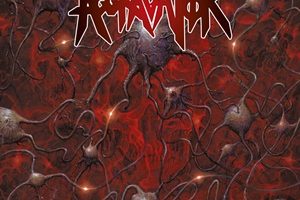