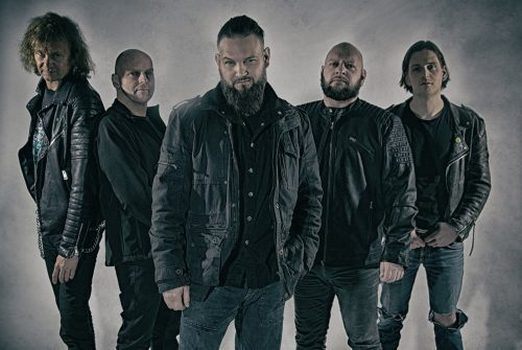 The power/progressive metal landscape has expanded exponentially, thanks to affordable, home studio means of recordings for the musicians – as well as the proliferation of community involvement from ardent followers of the movement. Message boards transformed into social media platforms for exchanging of ideas, instant communication, and means of sampling/learning about all these artists globally. German act Ivory Tower are one of those beneficiaries – starting in 1996 and releasing their first two albums (their self-titled effort and Beyond the Stars) on Limb Music. They’ve been on other labels and taken their time over the years with newer product – finally releasing their newest album Stronger after an eight-year absence from the recording studio.

As you’ll discover in this interview with bassist Björn Bombach, it’s not as if the band were idling spinning their wheels – keeping their live performance game sharp while seeking out a new vocalist which they secured with Dirk Meyer. In this talk you’ll also learn more about the band’s thoughts on the video medium, changes they had to make in the songwriting mechanics for this new record, the various labels they’ve been on over the years, and talk about the future.

Dead Rhetoric: It’s been eight years since the release of your last studio album IV in 2011. Can you bring the readers up to speed with all of the changes and reasons behind the long wait between records?

Björn Bombach: Yes, it´s been quite a while since the last official record. I guess the main reason for the long wait is that we had quite a few changes in the line up going on. Especially after our former singer Andre left the band it was really hard to fill the gap. When we finally met up with Dirk we needed to adjust ourselves as a band. We did that by being very active doing live shows all over Germany which really brought us together. Nevertheless playing gigs nearly every weekend and having full-time jobs during the weekend made it hard to concentrate on a new record. But we finally did it and I really think we created a strong and powerful album.

Dead Rhetoric: Stronger is the latest Ivory Tower album. How do you believe the songwriting and recording sessions went for this effort? Where do you see the major differences between this record and others in the Ivory Tower discography – and were there any surprises, obstacles, or challenges that came up during the process?

Bombach: The songwriting in terms of the actual music went pretty much the same as usual. By that I mean that Sven, our guitar player, writes all the music and hands out a rough mix to everyone in the band. We rehearse the songs and record them song by song. Usually our former singer Andre wrote all the words in the song and recorded them once the band was done. This time, and that was really new to us, we had to take care of the words as well.

For me personally the length of the recording was a bit challenging. From start to finish it was a process of nearly four years. After a while you want to see results. But with all the line up changes and live gigs it remained a big puzzle which still had many parts missing. But when the pieces finally came together everybody in the band including myself were really happy with the result.

Dead Rhetoric: You shot a video for “End Transmission” – was this one of the more obvious choices to release as a single/video, and what can you tell us about the video shoot? Where do you see the importance of the video/visual medium in these social media platform driven days versus earlier in your career when music videos were still shown mostly on specialized television programs or music channels?

Bombach: The video shoot was a total new experience for all of us. We met up with Hannes Gorrissen who did the video shoot. He also came up with the whole concept of the video. First we all were a bit…skeptical? Maybe more excited…I don´t know, but it was very new to us as I said before. But Hannes did a terrific job and we all felt very comfortable during the shoot. We did the shoot in one single day and I think the result is great.

In terms of videos on social media platforms I think it´s a great way to present yourself and get more attention which is always important for a band. Nevertheless in the end it should still be the music that makes a band attractive.

Dead Rhetoric: Can you discuss the artwork for Stronger, designed by Jan “Orkki” Yrlund? Who initially came up with the concept, and is it more of a back and forth process between the band and artist to reach a final product that you are both satisfied with, or do you trust Jan through his experience to do things on his own?

Bombach: I have to admit that I was not involved in the artwork process at all! (laughs) Our singer Dirk took care of the artwork and the basic idea was his. He tried a few designers before he got in touch with Jan and as far as I remember Dirk was pretty happy with everything he did. The rest of the band was happy with it too, so we took it.

Dead Rhetoric: Being together as a band since 1996, how has Ivory Tower handled the changing landscape of the music industry and do you believe you are at an advantage being more of a veteran act, or do you believe it’s a tougher challenge to ascend to new heights because of the sheer number of bands fighting for consumer attention and finances?

Bombach: I think the latter is the case. It is crazy how many bands are out there trying to get a piece of the cake. And what makes it even more tough is that many of them are really good. During our intensive live activities we came in touch with so many bands that are really great in terms of being great musicians. And the bands we met are just the tip of the iceberg….

Dead Rhetoric: How do you view your discography to date – and the labels that you’ve worked with in the past such as Limb Music Products, Pure Steel Records, Dust on the Tracks and now signing with Massacre Records? What do you consider some of the highlights in terms of albums, songs, or specific concerts/ festival appearances?

Bombach: I didn´t participate in the band when they where with Limb Music but Sven always says that they did a really good job. He also remembers that the band didn´t appreciate it enough back in the day but learned it later on when being with other record companies. Up to now we are super satisfied with our new label Massacre Records! They do a great job in promoting the new album and I think they really know how the industry works these days.

The new album for me personally is definitely stronger (just had to bring that! hahaha) than our last record. I think the refrains and hooklines are really well accomplished and the sound is outstanding compared to everything we did before. Of course the songwriting is not that complex or complicated any more than especially the first two albums made so interesting but therefore I think we sound much more fresh and modern without losing the identity of the old Ivory Tower.

Playing so many shows during the last years it´s hard to pick a special show but I think supporting Beyond the Black at the sold out Gruenspan on the Reeperbahn in Hamburg was really awesome for us.

Dead Rhetoric: What excites you most about playing and performing in the progressive/power metal realm? What qualities do you believe Ivory Tower has that set yourselves apart from others in the genre?

Bombach: Being part of the metal genre and playing all the clubs where metal enthusiasts hang around always guarantees you a warm welcome as a band. Even if the budget of the club is low or the premises is small the organizers and fans always try to make the best out of it and that‘s just great. I don´t know if that´s a typical metal thing but I really love it when you come in to a small shady backstage room and somebody took care to make it as comfortable as you can make a small shady (sometimes wet) backstage room. So I think basically it is the people in the scene that make it different.

Dead Rhetoric: What is the toughest thing for the average consumer to understand when it comes to the activities and decisions that Ivory Tower has to make as a band?

Bombach: Why do you guys meet on a Saturday morning, jump into a van and ride 1000 km to play a show in a honkytonk bar? Then ride back the same 1000 km on the very same night after the show to be back home on Sunday morning……This must be love! (laughs)

Dead Rhetoric: What are some hobbies or interests that you have away from Ivory Tower that you like to pursue in your free time to recharge your collective creative batteries so to speak?

Bombach: I get a lot of energy from being on the beach here in Kiel where I live. In the summertime for swimming and in the wintertime for walks. I just love living here and having most of my friends right around the corner. Besides that I like riding my motorbike and…oh yeah, I really love my job in the normal life….most of the times.

Dead Rhetoric: Can you think of a specific time in your life either personally or within the music business where you failed, but as a result of that failure it spurred you on to a later successful moment or position in life that worked out for the better?

Bombach: I think that is what life is all about right?! Fuck up and try better next time!

Dead Rhetoric: What are three of your favorite power/progressive metal albums of all-time in your collection personally – and what have been some of your favorite concert memories that you’ve attended purely from a fan perspective, and what made them so special in your eyes?

Bombach: Uh that´s a tough one. My favorite album of all times is AC/DC´s Let There Be Rock because I think nothing ever reached that energy (not really power metal I know…). Motöthead‘s No Sleep ´till Hammersmith is also one of my favorites. Whenever I am in the mood for real power metal I guess I would always pick an Iced Earth album. I think Burnt Offerings would be the one.

Dead Rhetoric: What’s on the agenda for Ivory Tower over the next year to support Stronger? And will the consumers have to wait another eight years for the next record, or has work already begun to ensure a hopefully quicker release date for album six?

Bombach: We will continue doing live shows in the last quarter of this year and it is planned to do a real tour sometime in October/November. I really hope that this works out. We are also present in the big metal magazines like Metal Hammer and Rock Hard. Of course besides that we are using every possibility the internet provides to support the album. I am pretty sure the next album will not take another eight years to be released. Sven already has three new songs worked out and I guess we will start pretty soon to concentrate on new stuff. I am definitely excited about what´s coming next! 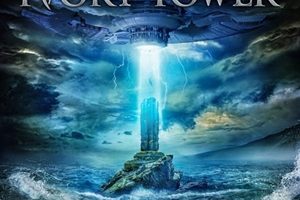