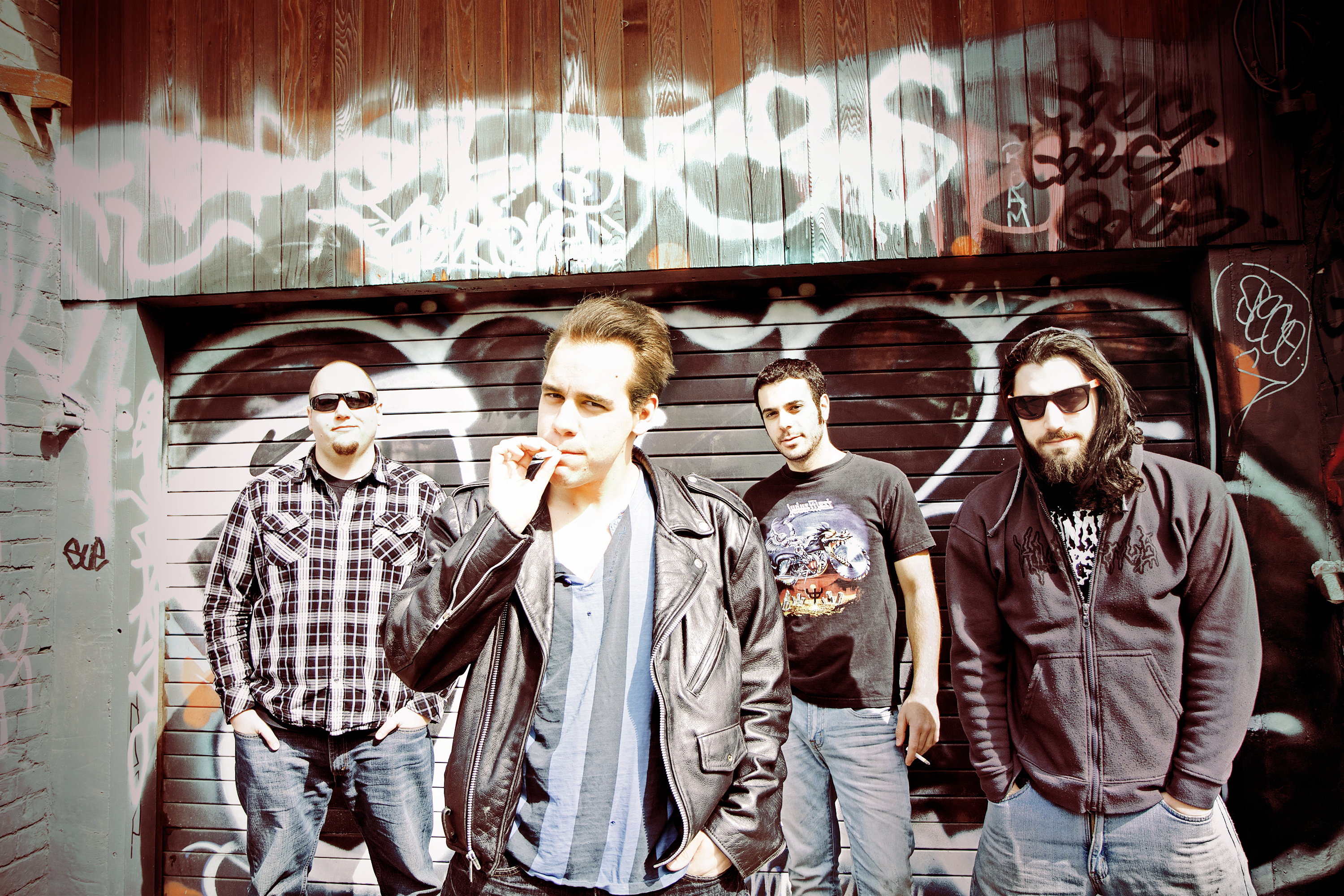 The party in Richmond came to a slow end at around 5:30 in the morning, but once it started dying down strange people began showing up. One gentleman notably came in covered in sweat, visibly annihilated on drugs with a towel around his neck and a ketchup squeeze bottle full of booze. It seemed like just as all of the metal heads we had met during the night made their way home, more and more drug-addled lunatics began showing up to have a late night drug binge party in the attached bedroom that separated the living room with the only bathroom. At one point a girl, belligerent and haggard, emerged into the living room from the drug shack, took off her pants and underwear and pressed her naked ass on a gentleman who was sleeping on the futon in the living room while party goers laughed and took pictures in relative discomfort. We eventually gained control of the living room as though it were a game of RISK and eagerly turned down the deafening record player as I found a hot piece of floor between the TV and the coffee table to rest my troubled head. The users in the next room began getting aggravated and “pill sick”, as the hesitant sun began to rise. We also heard the group aggressively turn on one of the individuals for doing needle drugs. I closed my eyes, put in my ear plugs and began focusing on sleep in hopes of getting a couple hours of floor rest before we needed to head back to the van we left at a parking lot that was to be ticketed and towed when our parking slip expired at 10AM. I heard doors slamming, screaming and relentless conflict in the next room as we listened to the soundtrack of withdrawal, sorrow, and unbridled discomfort as the drugs began to wear off. At around 6 in the morning I had the unmanageable need to urinate and had the ill-fated realization that the only way to the bathroom was through the gauntlet of savages that had regrettably ran out of drugs hours ago. I tiptoed to the door and overheard their conversation. They had become increasingly sick, angry and paranoid; particularly of the unknown Canadians who were subsided in the living room next to them. “Lets kick them the fuck out of here! Who the hell are they anyways?” I heard one of them say as I began running through my choices for urination. Do I pee in the sink, take my chances on the street and risk getting locked out, or do I brave the drug gauntlet?