Darkthrone – Hoisting the Banners of Old 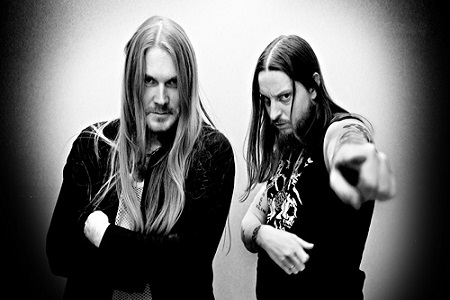 Ninety (!) interviews into the promotion for Darkthrone’s new The Underground Resistance, and ‘ole Fenriz is as talkative as ever. Most artists tend to fill their responses with generic answers around this mark, figuring that standard one or two line answers will fit the company bill. Not Fenriz. The man is a walking soundbite, always ready to extol the virtues of the old guard, whether through his popular “Band of the Week” blog, or his work as a metal DJ in Norway. If there truly was a man that ate and breathed metal, it would be this guy.

The Underground Resistance is every bit as potent as its 2010 Circle the Wagons predecessor. By playing the backwards metal role (read: Fenriz and Nocturno Culto don’t want anything to do with metal after 1990), there’s odes to both NWOBM and power/thrash, most notably on the sterling “Valkyrie.” Even the album’s near-14 minute epic “Leave No Cross Unturned” digs and dives in a fashion that is both inspiring and true to the band’s core values. In a word: The Underground Resistance is Darkthrone at their purposely regressive best.

Electronic correspondence was the decided route when chatting with Fenriz, so we wrangled ten questions, and the drummer provided ten answers. Read on…

Dead Rhetoric: Surely there will be some folks that think The Underground Resistance is some sort of back-handed way of saying you guys don’t have much interest in what’s going on in the underground at the moment. Is that the case at all? Or, is there a deeper meaning to the title?

Fenriz: Well, the “Underground Resistance” are the people who built up PROPER ‘70s vibes again (as opposed to ‘90s stoner/rawk) and the entire retro NWOBHM/speed/real metal cult that has been going on the last 10 years mainly. So the title is also a reflection of that and also to those who never gave up and followed modern production values, those who kept doing vinyl, those who never forgot bands like Manilla Road, Cirith Ungol, Brocas Helm etc., etc.  While the proof of my following what’s going on in the underground at the moment is the “Band of the Week” page, it also reflects all the stuff that goes on in the underground that I choose away, what’s not there I don’t care for. I am sure there are plenty who care for any nu-goth-emo-black-deathcore-modernist-avant garde-grind etc, but I don’t.

Dead Rhetoric: “Valkryie” is definitely one of your best tracks in recent memory. It borders on being a classic metal anthem, so, have you warmed up more to melody? Not like you were afraid of it before, but it’s all over this song.

Fenriz: Well, I was more melodic on the previous album, as it seemed all my songs would be in the “Circle the Wagons” title track style, but wouldn’t you know it, in “Leave No Cross Unturned.” The tougher Celtic Frost riffs turned up again and no one was more surprised than me. “Valkyrie’s” refrain was so melodic, I had to write less melodic verse riffs. But when I finally was doing the vocals in the studio, the lines that came out were the lines that came out, very melodic and very early 80s Swedish speed metal with a lot of heart in it.

My early stuff was all melodic, I had to force myself to write less melodic stuff, hauling the others with me to write and then finally expelling myself as vocalist to make the band better. This was in ‘89. As you can see, I didn’t know how to write great rhythmically in ‘88, but I had the melodies. After a shitload of years and playing and listening to insane amounts of music, it seems easier for me now, and so I could write “Valkryie.” And when it comes to speed metal I really like both tough and melodic speed metal but when I write in my head, it’s the melodic speed metal I want to make.

Dead Rhetoric: Were you sitting on these songs for a while? I know you guys tend to start writing for the next album once you complete an album. If so, did this allow for any tinkering prior to entering the studio?

Fenriz: Two of the songs were already recorded and finished before the Circle the Wagons album came out. “Valkyrie” got stuck after the refrain was done, the rest of the song didn’t appear until 1.5 years later!! We also got new girlfriends and life-altering situations with that, so there was quite a break, but we had to work a lot on re-releases so it didn’t feel like much of a break, it never does to me. It’s always work to be done in music, no matter what. Every day with the record collection and so on, and thinking like a DJ means 24-7, being me means 24-7. No actual breaks. Anything can or can’t be used. Time span ‘99-2010, we did eight albums… that was our second wind as a band, very rare. I think a break would have forced its way either way. Remember, we write a song each and then try to meet up in the studio to record. It’s nine years since we recorded a whole album in a stretch in a studio. We work radically different with the batches we do now.

Dead Rhetoric: “Leave No Cross Unturned” is quite the bookend to the album. When you and Ted were putting the song together, was it a case of letting the song go where it wanted, or did you have it planned that it was going to be 13-plus minutes?

Fenriz: We don’t put songs together; we haven’t written together since the A Blaze in the Northern Sky album, after that was recorded, I made it clear that we make songs on our own. Only two songs since then we did together. We don’t talk about our songs before we meet to record, no nothing. We meet up, learn the songs and record them. Mutual trust that the other one will not make anything that sounds like Living Color or Rage Against the Machine, hahahahaha!

Nah, that song just branched out. I figured the verse + refrain loop number one was maybe two minutes, the middle part felt like 2.5 minutes. And then I knew it would be looped again. Now, when actually trying to record all of that as guitar track on my own, it seemed it was WAAAY longer than I thought. And I couldn’t finish it; the fifth riff didn’t feel like an end riff. So I had to use an old one which I never forgot, from a song I scrapped. Then I had to branch that out. Then it didn’t feel like an end riff either, had to make a short ending, four notes, as can be heard looped twice, meaning it was played twice at the end. Now I felt after later having recorded the whole affair and Ted having sent me the mix of it, that it was too long and I felt I maybe should just fade it after 9-10 minutes – in the middle part medley after the second speed metal part. But Ted wanted me to reconsider, so I did just leave it as it was anyway.

Dead Rhetoric: I hate to use this word, but is Darkthrone is as “fun” as it’s ever been? It seems like you and Ted are in a really good place right now.

Fenriz: I am surprised that many, many journos asked this so far (this is interview number 90 I have done on this album and this question has at least been asked 18 times) because the lyrics are more about judgment than ever, the metal is more serious than ever. I mean the vocals of mine are free but Ted’s vocals are harsher than in a loooong time, I think it’s because he finally wrote all his own lyrics again, he hasn’t done that since Total Death I think. For anyone into the arcane metal styles of the ‘80s, it must be clear we are not fucking about, but since 2005 we’ve had the wind of freedom in our hair and this is another album that flows like that. We definitely didn’t have fun during the recording of these tracks; it’s always tongue in cheek and a lot of worry. We want it to sound fresh, so we record immediately and we always hope we can get through the tracks. Sometimes we get a couple of takes if we doubt them, but Ted is cool and usually picks out the ones with most feeling, he has no problems in letting mistakes slide and that’s good for me, cuz I always felt like that too.

Dead Rhetoric: Like Katatonia and My Dying Bride, you’ve had the good fortune of being with Peaceville for a nice little string of albums. Does their partnership help take away from a lot of the crap that goes down in the music business?

Fenriz: I am working very well with Paul and Ted does the more business bits with contracts and all. I feel that life is about the golden middle a lot and I think big labels back in the day in ‘50s and ‘60s and ‘70s and ‘80s really stressed bands, smaller labels often went bankrupt fast, I put my trust in small labels that fought their way upwards and have a lot of mileage, it’s a bit like our own project Darkthrone and so I am very pleased with how it works now.

Dead Rhetoric: Are you still hiking a lot? I know you set some type of record in Norway for tent trips in Oslo a few years back.

Fenriz: Forty consecutive in one season, yeah. It built slowly up to that behemoth. Now we got the bar (Kniven) and I DJ more and more again, so I am happy with just 15 trips a year. That record was in the year 2009. Been camping 108 or 109 different places in Marka (1600 square kilometres of prime nature around Oslo) and still looking for new places, but we of course have a lot of favorite spots to see each year, it was more of an adventure when I started with this myself in 2003, now we know a lot but still thrive here. Knowledge is better at the end of the day, not always looking for new spots but going each year to guaranteed killer places, according to when in the season, wind, weather and so on.

Dead Rhetoric: Some of the bands you featured on your blog (i.e. In Solitude and Ghost) have gone on to do some pretty cool things. Does this mean you have a.) a great eye for talent? Or b.) are prophetic in pointing out which trend will be popular next?

Fenriz: Talent and talent…a lot of that is hard work and luck, soooo many great bands never made it but many shit bands made it big time. I am just showing what I like, that’s all. Perfect one way communication, which I’ve liked since I was a kid.

Dead Rhetoric: Is there anyone floating about now that you’d encourage to check out? Surely there must be…

Fenriz: Yeah, but people seem to care too much if it’s new or not. I just discovered Flying Fortress last night, but as a DJ I am very specific about which tracks. I am seldom into whole albums, like whole albums’ tracks can give me the same good vibe. I think in single tracks. Also I discovered a lot of crap last night. And this was at work, as usual working a seven-hour shift working at the same time in my mind and with my ears to discover the stuff I’ve bought or got sent which I’ve put into my mp3 players… Ranger is the coolest band right now, Finnish speed/thrash/US power. 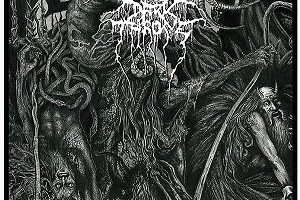 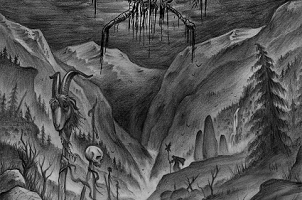 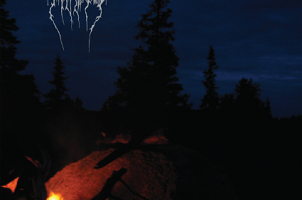 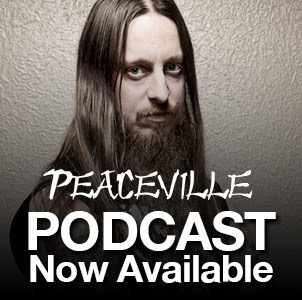