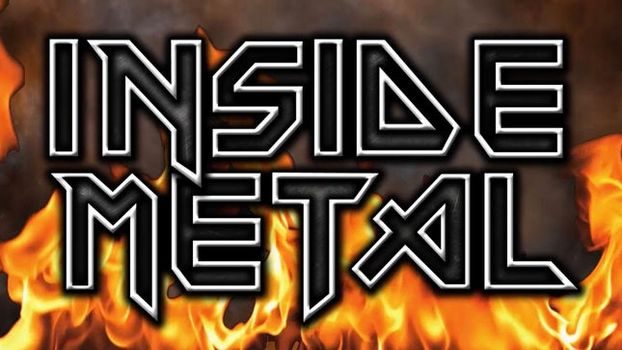 In a sea of flashy, ‘go for the drama’ documentaries sits the ever-growing collection of Inside Metal. Soon to encompass six releases (3 two-part DVDs) that go for an in-depth look at the beginnings of the Los Angeles metal scene, Bob Nalbandian’s documentary series shares a thorough and informative look at those early years in Orange County, through the eyes of someone who was able to witness it all the first time around as well as the bands that made it happen – both gargantuan and small. The approach is nothing less than admirable, and should be found to be informative and entertaining, for those old enough to remember it as well as those looking see what things were like in the ‘good ole days.’

The Rise of L.A. Thrash Metal Part I has just been released unto the masses (with Part II to follow in April of this year). The follow up to both Pioneers of L.A. Hard Rock and Metal and The L.A. Metal Scene Explodes takes a look at how L.A. was in fact the true birth place of thrash (not the Bay Area in San Francisco) for 3 of the “Big 4,” as well as paving the way for crossover and punk-metal bands. We had a chat with director Nalbandian himself to talk about the documentary in depth, as well as get some first-and insight into the scene itself, not to mention his thoughts on whether ‘scenes’ can still exist today, and how metal journalism has changed over the years.

Dead Rhetoric: What I really liked about the film is how it really tells a story and educates at the same time. Is it more rewarding to stick to the hard information than to focus on more trivial, drama-related content?

Bob Nalbandian: Absolutely. That was the focus on all of the Inside Metal documentaries, because that’s what I enjoy. I love a great documentary, whether it’s metal or music-oriented, or if it’s about animals or the mob…anything. I love informational documentaries; I think they are fascinating. There’s enough of the ‘drama’ documentaries – when we started this, I didn’t want to make it like a VH-1 Behind the Music, with all of the ups and downs. I just wanted to give people a good insight, because I grew up in that scene.

I grew up in Los Angeles during the early ‘80s. I saw those very early Metallica shows – even their very first show, in fact. I saw the early Slayer and Dark Angel shows. From when they were cover bands up until they progressed into what is now known as thrash metal. Back then it was known as speed metal. I do want to make a note, so everyone is clear. This is a 2-part documentary, and this is only the first half. The second half is basically a continuation. This is the third Inside Metal title, and all three of them have two parts.

Dead Rhetoric: In terms of the documentary, did you feel it was important that you give equal time to the larger names within the scene as well as the smaller acts?

Nalbandian: We’ve got bigger names like Lars Ulrich and we have lesser known guys from bands like Cryptic Slaughter and Hirax – they weren’t major label bands like a Metallica, Megadeth, Slayer, or Anthrax, so yeah, I thought it was very important. But not just in The Rise of L.A. Thrash Metal, but also in the first two documentaries – Pioneers of L.A. Hard Rock and Metal and The L.A. Metal Scene Explodes. Lars was in both of those titles as well, but we featured guys from bands that people probably didn’t necessarily know…bands like Smile, A La Carte, Snow, and The Greg Leon Invasion. Bands that were huge in the late ‘70s in the early L.A. clubs. A lot of those guys really had the most fascinating stories.

It’s funny – I don’t look at it like a marketing or sales thing. I look at it in a more informative manner. When dealing with even my executive producer [Warren Croyle], he was like, “C’mon, we gotta get the big name guys!” and I said, “We’ll get the big name guys, but it’s important to get the full story.” Some of these smaller name guys are just as important/crucial. I try to take the viewer back into that time. Back then, Metallica was a very small band. This was before they moved to San Francisco. So this was when they were still with Dave Mustaine and Ron McGovney. They were equal to a lot of these other bands that were playing out there. They started a bit before Slayer and Dark Angel, but they were all playing the same clubs. They played together, Metallica and Slayer.

I grew up in Huntington Beach, which was actually the birthing place of thrash metal, I like to say. But before San Francisco, meaning all of the clubs…there were three clubs in Orange County: The Woodstock and Radio City, which were next door to each other in Anaheim, and there was the Concert Factory in Costa Mesa, which used to be called the Cuckoo’s Nest. It was a big punk rock mecca in the ‘70s. Those were the clubs that bands like Slayer, Metallica, Dark Angel, Hirax – all the heavier bands would usually play there. At that time, a lot of those bands couldn’t really play in Hollywood. For one, Hollywood was dominated by the glam scene. And two, they didn’t allow slamming and all that – it was very hard for these smaller bands to get into the Hollywood clubs, so they played in Orange County at backyard parties, east L.A., that kind of thing.

Dead Rhetoric: One of the interesting things that came up as well was the ‘pay to play’ in Hollywood, which is something that is still a big controversy today. But there it is all the way back there as well.

Nalbandian: Well that was the starting of it. I would say the mid-80s, it really put a damper on things. If you go back to the early clubs – my first documentary, The Pioneers of L.A. Hard Rock and Metal, it was ’75 to like ’81 – back then the clubs were absolutely thriving. There was no pay to play, the bands got paid, and got paid great! They would sometimes play 2 shows per night, or they would do a weekend of shows. Bands like Snow or Wolfgang, A La Carte, or Quiet Riot with Randy Rhoads – they would do three nights at The Whiskey, and they would pack all three nights. These were unsigned, local bands! It was a thriving scene, so pay to play was unheard of.

But then in the early ‘80s, I think a lot of promoters got greedy. They were not promoting as they should…back in the day, you could open the L.A. Times and you would see club listing at The Whiskey, The Roxy, The Starwood. It was well-known. In the mid ‘80s, it became all up to the man – the promoters would book a show and say you had to pay $1000 for 100 tickets, and you did all the promotion. ‘We aren’t going to do shit, we are going to collect money.’ I understand how it happened in a way, in the mid ‘80s in L.A., especially with the whole hair metal and glam scene, after Motley Crue, Quiet Riot, and Ratt broke, there was a flood of bands that came to L.A. Poison, Warrant, and a million other bands that never got anywhere. A lot of these bands were shit, and they didn’t draw very much. The promoter had to make a guarantee.

They could do it, because at that time at The Roxy and The Whiskey, even Gazzarri’s at some point had such a notoriety from Van Halen and Motley Crue that everyone from out of town wanted to play there. They would get money from their parents or whatever…for them to put $1000 down to play at The Whiskey and just give the tickets away was nothing to them. That’s what made the scene fucked up. As soon as the promoters knew they could do that, it just became the norm. Everything was pay to play. Instead of bands getting paid to play, they lost money most of the time. That was kind of the beginning of that – I guess it spread all over to New York and everywhere. I don’t know whether it started in L.A. but I remember it coming in right around ’84 or ’85 I think.