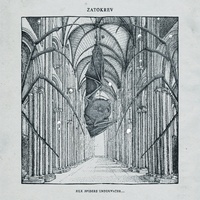 A bit of a Voivod title, eh? Something that would fit in between Angel Rat and The Outer Limits, perhaps, but so is the way this Swiss quartet goes. Previously known to this scribe by way of their 2012 The Bat, the Wheel, and a Long Road to Nowhere album, Zatokrev hold court between stoner and doom fields, albeit with more atmospheric zeal than we’re used to hearing. Silk Spiders Underwater employs its fair share of post-whatever dynamics, which is why the album has more pull than its predecessor.

The band doesn’t really go out of its way to expand upon the stoner/doom/atmosphere fun-time template, yet the pull and persuasion of the bruising “Bleeding Island” shows how harmonically throbbing Zatokrev could be. The aforementioned atmosphere – always a key player in metal of this style – comes in handy via “The Phantom” and the excellent “Swallow the Teeth,” a song that shows the vocal bellow breadth of Fredryk Rotter. And while the album’s more heavy and ingrained moments don’t have the flexibility of some of the style’s hard-lined heroes (names too obvious to list here), Zatokrev manage to keep their Swiss heads above water without entering totally generic fields.

This album may just sit for a little while without anything to hang on to, which is why at times, it feels somewhat underwhelming. That’s sort of the composite notion of having to grapple with so many like-minded stoner/doom albums over the years. But Silk Spiders Underwater is right in line with the sub-genre ethos that was blazed by Neurosis, and even before them, Swans. Toss them all up, add in some minor Swiss touches, and that’s where Zatokrev falls. 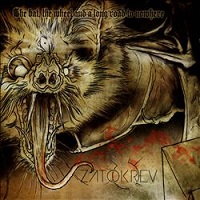