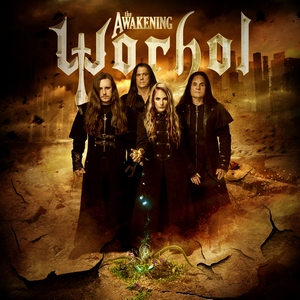 Not often in metal do you see a classically trained father/daughter combination. But such is the case with Worhol, as father Larry Worhol provides the guitar and orchestral arrangements and daughter Ashley Worhol takes the vocal position. The result is a theatrical-sounding symphonic metal release that manages to shy away from the beaten path.

While the more metallic ‘purists’ may be a bit polarized by Worhol’s shared emphasis on the arrangements and instrumentation, it is the reason why Worhol manage to sound more interesting than the average symphonic act. They never really barrel into anything too blistering either, instead focusing on something that comes across as more beautiful than aggressive. But the level of depth provided in the integration of the orchestrations and band is commendable. Opener “Voices from Above” shows this off the bat with soaring strings and synths complimenting the catchy riffing. Other songs, like “We, the Abused,” carry a more rock-ish structure and use some piano to amplify the mood, while “Bowing Before You” takes a more gothic approach with darkly cinematic tones to give it a unique spin. Vocalist Ashley is notable as well, with a sometimes Amy Lee-esque feel to her singing, which imbues the more mellow tracks (“Time to Say Goodbye,” “Is This What’s Left of Me”) with a strong dose of genuine emotion. But she is also fully capable of carrying a more rocking track like “Already Forgotten” with the same level of finesse.

Suitably melodic, with a cinematic sense of scope and soaring vocals, Worhol make a solid first impression with The Awakening. Those looking for something on the more soothing end of the spectrum, yet still having a bit of kick to it, would be wise to look them up. There’s clear ladder-climbing potential here with more exposure. 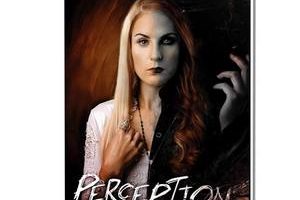