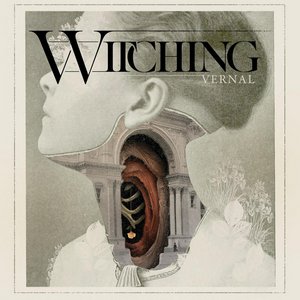 Philadelphia’s Witching, fronted by formidable vocalist Jacqui Powell, just created a potent concoction of black, death, and sludge metal with their debut Vernal. Replete with tasteful arrangements and bolstered by a crisp and punchy production, these eight songs are “a reflection of past issues that (Powell) was never able to process until I got older.”

Vitriol is a core element to the lyricism, but there’s also catharsis and emancipation embedded in these songs. “Witness” kicks the gates open with furious snarls and atramentous guitars, setting the bleak but hopeful tone for the rest of the album. A brief drum solo of sorts and magnificent fuzzed-out bass signals the arrival of “Roses”, and as Jacqui sings “he promised me roses but brought me shadows”, the intensity just keeps rising as the double bass drums drills the sting of betrayal in your mind. “Lividity” changes the pace with clean vocals and a gentle guitar intro but it all descends into a pandemonium of blackened sludge maelstrom soon enough. It’s a highlight of the record for sure, and the hits keep coming with “This Is What You Deserve”, starting of with a subterranean bass lick so filthy it drove Mole Man to live above ground. The song culminates with a soaring guitar riff that quickly fades into oblivion, leaving you aching for more.

Vernal is definitely a strong start for a band who’s looking to upend an otherwise saturated genre, and we’re all the better for it; excellent music always distinguishes itself.