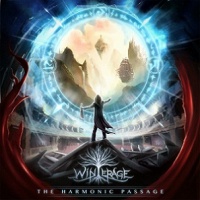 It makes sense that Winterage, a symphonic power metal sextet hailing from Genoa, Italy, began with violinist Gabriele Boschi and keyboardist Dario Gisotti, as both are featured prominently on the group’s full-length debut, The Harmonic Passage. The pair founded the band in 2008 and slowly grew its ranks before releasing a self-titled EP in 2011 and a single for an independent horror film the following year, Forest of Consciousness.

For its full-length debut, the band recorded with a 40-piece symphonic orchestra and backing choirs. The melodic orchestral flourishes fit in nicely with the band’s fantasy power metal sound, a la Rhapsody of Fire, though with a more progressive bent as songs often contain multiple tempo changes (“The Flame Shall Not Fade”) and feature extended instrumental sections, allowing Gabriele, Dario, with his Stratovarius-like keyboard runs, and guitarist Riccardo Gisotti to showcase their talents. For evidence, look no further than title track “The Harmonic Passage” or instrumental “Victory March,” which features a thudding bass rhythm from Matteo Raganini and an effective interplay between Dario’s sharp key melodies and Gabriele’s fast-paced violin playing.

When not piercing the songs with falsetto shrieks, which are used sparingly, vocalist Daniele Barbarossa sounds eerily similar to theatre-trained Falconer singer Mathias Blad, especially on “Golden Worm” and album-closer “Awakening,” which also features minstrel-like Blind Guardian melodies that mix well with Riccardo’s catchy, up-tempo riffing and the deep, ominous drums of Davide Bartoli, who either provides a steady beat to ground the songs or signature power metal double bass to drive faster numbers, such as “Wirewings.”

Having written the orchestral parts themselves, the band members are clearly talented players and they’ve created some heavy yet catchy symphonic power metal pieces here, however the album is not without its flaws. Its biggest drawback is the thin production. Since this is the band’s first full-length debut, on an independent label no less, it may not have had the funds for a bigger production sound, but unfortunately it shows. Power metal lyrics and themes often evoke grand fantasy images, and in order to be effective, that requires a production that is rich in sound and large in scope. The production on The Harmonic Passage lacks punch. This can especially be heard in Daniele’s falsetto shrieks. The other area where the album could benefit is in tighter, more focused song structures. While varied tempo changes can keep songs exciting, here it comes off as lacking cohesion. Choosing to work with a 40-piece orchestra on its full-length debut, Winterage is clearly not afraid of taking chances, an attitude that will serve the band well on future recordings as it works to hone its sound and expand its following. 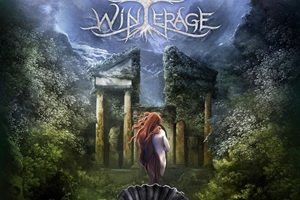