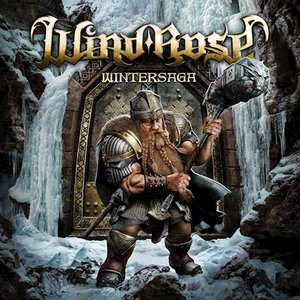 Returning for their 4th effort, Wind Rose have been pushing forward their particular brand of Tolkien-inspired power/folk metal for a decade at this point. Taking the idea of Tolkien, and that of dwarfs specifically, isn’t anything that falls outside of the usual metal parameters, but Wind Rose has developed something that really does sound like the type of music that you could imagine coming from dwarves. Something that is a bit more of an accomplishment than one might think.

The combination of more sprawling, epic tones with straight-forward and jovial notes does have the potential to capsize at any moment. The balance between the two needs to be established, and Wind Rose have this part of their identity down pat. Barroom friendly tracks like “Drunken Dwarves” and “Diggy Diggy Hole” have a lighter, and fun sense to them, but they don’t go off the rails with the goofiness, as some bands can. It makes for a more cohesive listen when surrounded by other symphonically-enhanced, adventurous tracks like “The King Under the Mountain” and the title track. The predictably epic closing number, “We Were Warriors,” builds itself up nicely and captures a more cinematic feel. As already noted, what does make Wintersaga a truly enjoyable effort is the dwarfish feeling – be it the vocals, which utilize some gang-style chants and singing, or the heroic arrangements, it captures the Tolkien-esque feeling quite well.

Whether you are looking for something upbeat and bouncy, or something more grand in tone, Wind Rose does a good job with both styles on Wintersaga. The type of thing that you can raise your fists (or goblet) with boisterously shout along with, but also enjoy the overall mood. The band should have no problems making some new fans this time around.