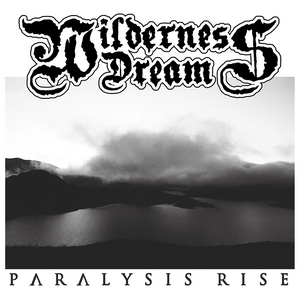 The melding and combining of different metal elements is often a wondrous thing. Some of which are more easily done than others, and sometimes you have bands that simply try to mash together as many different elements that they can (to varying degrees of success). While Wilderness Dream doesn’t attempt to do it all, they are quite successful in tossing in a variety of source material into a short, less than 20-minute runtime.

Paralysis Rise at its core stems from crossover. The aggression and vicious approach is rooted in both hardcore and thrash, and the slightest bit of punk. But the band also finds time to insert some nods to the ‘90s death metal scene (as early as the intro “Venom”) as well as some blackened riffing and vibes as well. As one could quickly imagine, it makes for a pretty potent mix of chaos. The album moves along like a steamroller from beginning to end, focusing on numerous ramp-ups in speed and shouted vocal lines to maximize the caustic flavor. Some tight leadwork helps to cut in some melodic moments into an otherwise abrasive tone (see “The Observer”), as does a few slowdowns in tempo that feature some groovier/catchy riffing (“Spiritual Predator”). Just don’t expect the action to slow down too much.

A short runtime minimizes the feeling of redundancy on Paralysis Rise – cutthroat releases such as this were made to get in and get out with maximum destruction behind them. In that regard, Wilderness Dream are quite successful in what they do. A menacing blend of crossover, death, and more that has no trouble knocking over anything in its path.