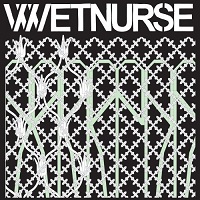 Amidst the potpourri of disparate sounds, elements, and little ditties that make Invisible City a next-to-impossible album to classify, is an underlying Voivod influence, one that instantly made this scribe stand up, put down the Cheetos, and take heed.

The hurky-jurky thrash section of “Not Your Choice” is maddening, as is the dissonant churn of opener “Conversations With the Moon” which sees lead howler Gene Fowler screech like a hyena, only to switch gears to restrained yelp, if that makes any sense, while Greg Kramer’s guitars come in and out of focus, combining beefy thrash riffs, and spastic chord intervals at the drop of a hat.

In fact so many dynamics shifts occur throughout Invisible City, that it is no surprise that female vox turn up on “Missing Lion Returns,” or some cool melodies creep through on “Life At Stake,” or a monster swing-groove sets off “Sacred Peel.” Wrapped in a lively production job courtesy of Martin Bisi (Sonic Youth, Helmet), Invisible City casts aside the mechanical approach of modern extreme for an in-your-face, throw-you-out-of a-moving-car attack that has seemingly endless twists.

So yeah, Wetnurse can safely say they’ve concocted an album far more worthy than any of those current “spazz-core” bands milling about. The resounding notion behind Invisible City is that it’s extreme without trying, crazed, without the pretension of, “Hey, look at how twisted our song structures are – you’ll never get it!” Wetnurse, we get. Everything else in between? We don’t want to.