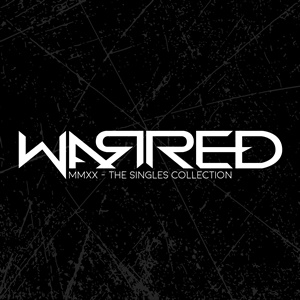 Forming in 2012 by two friends and guitarists in Arthur Ernandes and Rodrigo Andrade, it took a few years to develop a stable lineup after their initial Wild Legion EP from 2013. Now expanding to a quintet, Warred have assembled a few singles into the following release MMXX- The Singles Collection. The three songs intertwine a mix of old school and semi-modern aspects, but still keep the heart of traditional metal in mind especially from the UK/European perspective of the 80’s/early 90’s.

Two of the songs “Behind the Mask” and “Beneath the Sea” contain longer instrumental passages and possess a bit of that epic feel – each over six-minutes in length and accentuating strong vocal melodies plus very potent bass play from Espiga. As a vocalist Pedro Mion has more of a bluesy range – the ability to hold out notes is present, but he won’t necessarily mesmerize in that Dio/Dickinson/Halford-esque way. Arthur and Rodrigo as a twin guitar team understand how to bring about clean point/counterpoint melodic elements tastefully into their twin rhythms and solid lead break mechanics – their love of Saxon, the Scorpions, and Iron Maiden very prevalent. The triplet aspects and solid groove parts to “Beneath the Sea” are sure to align well with rivetheads worldwide, the occasional darker background vocal adding a heavier element as the circular rhythms add cultural nuances. The last track “Where I Belong” contains interesting mid-tempo double kick action along with triumphant, cultural harmony runs where Arthur and Rodrigo influence each other in terms of energetic interplay and edge of the seat transitions – this is where a bit of the modern influence comes into the forefront.

Preparing to work on their debut full-length later this year, MMXX- The Singles Collection gives the listener proper insight into the solid traditional metal songwriting and performances on display with Warred. There’s a reason why the passion and talent from Brazil and South America in general is gaining steam – and this act could be one to watch on the horizon.