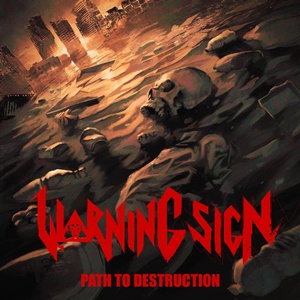 Four years past their previously praised Left to the Sharks full-length in 2016, Canadian metal quartet Warning Sign return with another nine songs of potent melodic power/thrash for their second album Path to Destruction. Aptly noting their ‘non-reinvention’ aspect to their style, when done effectively it’s a refreshing niche that not many bands take into account these days – focusing on strong harmony and melody aspects as well as logical connections for sturdy, memorable songwriting that stands out from the sea of other acts trying to be fancy, technical, or play beyond their means.

The main points of emphasis with this unit are a steady stream of crunchy riffs with bite and charge along with the supplementary rhythm section support to drive the mechanics home. Drummer Jean-Mi Perrier especially has quite a host of double kick/fill tricks beyond his conventional groove nature, executing speed and finesse one minute then being very comfortable laying into normal hard rock conventions within the same song as “Broken and Bare” illustrates. The guitar breaks and main rhythm duties from Oliver Perrier-Maurel and Maxim Beaulieu come from a platform that includes everything from Annihilator and Megadeth to Vicious Rumors and Riot – check into their twin duties right out of the gate for the “Flight of the Warrior”/Riot-esque “Redemption” as well as the Ozzy meets Judas Priest edge tradeoffs during the second half highlight “Hell on Wings”. Another act that comes up again and again would be Metal Church – especially in the magnificent vocal range Maxim displays. His phrasing, proper nature to rise to the heavens as well as adding the necessary harmonic intensity will make many think of Mike Howe or even Todd Michael Hall from Riot V as the speedier “Escape” and “Children of the Sun” will meet with thunderous power approval. While most of the material clocks in at the four-five minute territory, Warning Sign can also deliver in an epic arrangement a la Iron Maiden, Dio-era Black Sabbath or the already mentioned Metal Church – the eight-minute plus closer “Heavy Lies the Crown” building out slowly with an epic riff and lower register vocals from Maxim before some guest death growls from Aeternam’s Achraf Loudly at the midway tempo change come in, the conclusion containing some circular instrumental bass/guitar interplay that Maiden fans crave.

Path to Destruction will probably be one of those unsung gems because it sits in that melodic power/semi-thrash pocket that emphasizes a late 80’s/early 90’s influence bank. Those who love that wheelhouse of acts though need Warning Sign in their lives – as the quality songwriting and performances rival those acts and as such deserve a wider audience of followers. 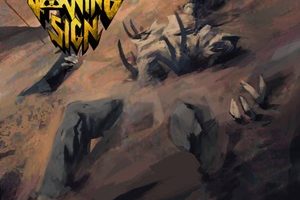 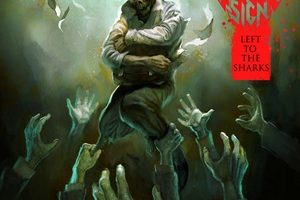