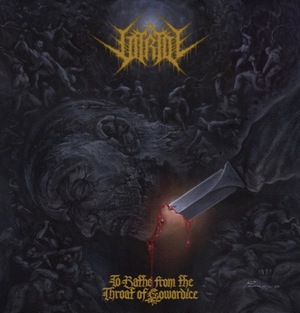 For all of the great advances in death metal that we’ve seen over the past decade, from technical advances to somber atmosphere, there’s sometimes that you just want to be smashed in the face by it. Being initially impressed by the band’s first jackhammering EP, Pain Will Define Their Death, the lingering question was how they would adapt to a full-length of similar intensity. Turns out, they’ve done quite well.

The name Vitriol is an apt description of the band’s sound. The entirety of To Bathe from the Throat of Cowardice is that of pure, scorching anger – right up that Hate Eternal alley. There’s no other real emotion to it, and nor does there need to be. It’s just plain caustic – yet the odd part is that you can’t seem to look away from it. What should be the album’s detriment, a near 45-minute runtime, doesn’t really seem to matter much in the long-term. You are too disoriented by fury and rage that it stays quite interesting. Of course, there are some things that aid with this, musically. For one, much like the EP, the drumming is exceptional. Despite the swirling chaos, there’s a lot of variation (instead of incessant blasting) which should be recognized. The riffing is tangled and frantic, but Vitriol is adept at tossing in some ear-catching solos and guitar leads when needed. A few moments of groove here and there (check out “Violence, A Worthy Truth”) and notable bass helps as well, but nothing really stops the freight-train of violence as the album progresses.

Few modern albums have truly captured the essence of raw ferocity in the way that Vitriol has. Completely uncompromising in tone, the viciousness of To Bathe from the Throat of Cowardice is utterly gripping in its desire to cause musical destruction. There’s a reason extreme metal fans are abuzz about this one. 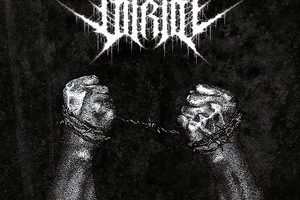