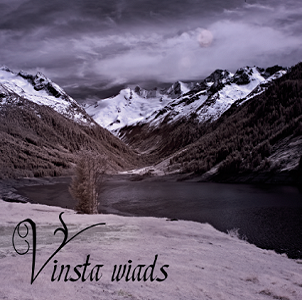 Certainly far from the first, nor definitely not the last attempt in cloning Opeth, Austria’s Vinsta is the product of multi-instrumentalist Christian Höll. Unlike other Opeth-aping bands (see: Farmakon, Nahemah, Soen), Vinsta sings in their native tongue, which would be German. While we’ve yet to hear this particular angle on Opeth-swiping, Höll’s musical ideas ring awfully familiar over the course of Vinsta Wiads, the band’s debut full-length foray.

The musical focus is on Still Life, the album many consider to be Opeth’s career-turning point. This scribe still swears My Arms, Your Hearse remains the Swedes’ penultimate work, although Still Life is when Opeth became fully-immersed in the progressive sound it rode to underground prominence. As perhaps a result, Höll takes a lot of these ideas for his own use. The chord progressions, melodic tapestries and gruff vocal delivery are firmly seated in Still Life’s panoramic, multi-tiered sound. Therefore, the familiar, which would probably be a lot of folks within Vinsta’s target audience, may already have had too much experience to determine this is anything but a fanboy-worship album.

Höll’s compositional abilities are not in dispute, nor is his musicianship. Tackling Opeth by yourself is no tall order; the above-mentioned bands each had traditional lineups, so we’ll give it to Höll there. Then again, the idea that substituting German language vocals in place of English will help create distinction is clearly a faulty one. It doesn’t take much figuring out that Vinsta have absolutely no identity to call their own.