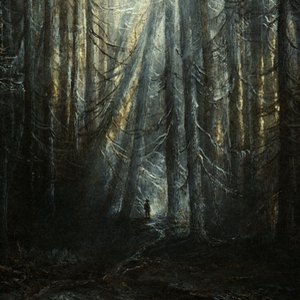 Vetrar Darugurinn, Icelandic for The Winter Ghosts, is a new band comprised of some established players in the scene. Most notably, Eric Hazebroek (Stream of Passion and others) and Marjan Welman (Autumn) on vocals. The project has risen from the ashes of The Saturnine and with the noble goal of creating melancholic music without being held back by public expectations and genre conventions. For a 4-song EP, it seems they are off to a good start.

With a focus on melancholy and darkness, it is without question going to draw some doom comparisons. None of the stoner business, but the sincerity in their gloom has it’s place among the doom elite – bands such as Novembers Doom or Anathema. What’s interesting is that below the darkness, there’s some pleasantly thick riffs. “Mother of Northern Skies” and “Vigil (For the Lost Children of Our Generation”) in particular manage to contain a more catchy approach to the downtrodden atmosphere, with some occasionally Katatonia-esque vibes coming in. Welman’s vocals help to veer the group further away from easy comparisons, with a sweet yet powerful and emotive feeling permeating each track, also bridging a potential gap even with metal and rock fans. The last track, the reflective and somber “Solis,” is particularly poignant in its despair – with Welman up front without distorted guitars, and dreary strings bringing things to the next level.

A strong potential lies in Vetrarr Draugurinn, especially for those who like their music to have more than a fair share of misery and glum feelings. Yet there’s still something uplifting about I, despite its darkness, and if the band can pull off this unique display of emotions over the course of an album, there will be plenty to cheer for. 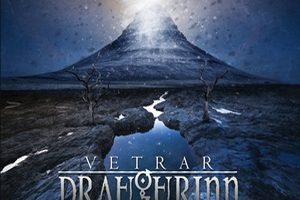