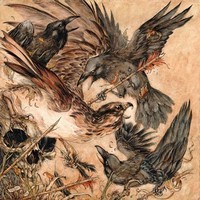 Hard luck for Baroness, who are still on the mend from their harrowing 2012 British bus crash. It appears the band will be back in action at some point later this year, or early 2016, but in the meantime, guitarist Pete Adams has saw fit to give his excellent trad-metal outfit Valkyrie some much-deserved air-time. Shadows is the band’s third full-length, and the first since 2008’s Man of Two Visions, and, their first for the formidable Relapse. (Baroness have since left the Philadelphia-based label, but at least the label appears to be on good terms with members of the band.)

Funneling the twin-guitar boogie-down of Thin Lizzy and Maiden, Valkyrie is about as traditional as they come without running into the standard barriers so often presented with the style. Adams, who along with his brother Jake comprised of the band’s guitar duo, throw around some hot-trottin’ licks, like on the excellent opener “Mountain Stomp,” or “Shadow of Reality,” where the band’s underlying Manilla Road and Wishbone Ash influences come to the fore. Further along, the melodic sensibilities of “Echoes (of the Way We Live)” are rather exemplary in terms of how the band is able to construct winding, but non-obstructive cuts. You’re more or less just along for the ride, enjoying the soul-sweeping harmonies as the band plays it mostly straight, save for a few echo effects scattered in and out.

Perhaps a sterling testimony to the variety found on Relapse’s current roster, Shadows gives Valkyrie an ample shove right into the traditional metal discussion. No real doom treading here either, which means the gloomy folks can stay away, but the hot rockers who prefer to rock hard and ride free, can most certainly stay. (Well, they can stay until Baroness is afoot once again.) 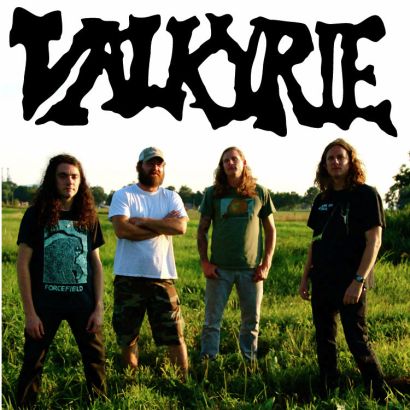