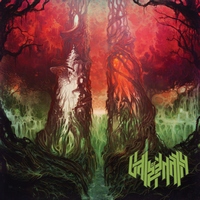 Back in 2011, Vale of Pnath released their first album of technically driven melodic death metal (along the lines of Allegaeon or Arsis) and then things just seemed to get in the way of their recording of album number two. 5 years, and a new vocalist (Reece Deeter) and guitarist (Eloy Montes of Flub) in tow, II has surfaced. Though it takes some new ground for the band, it should be found to be pleasing for both old and new fans.

If there’s one clear difference between II and its predecessor, it’s that the technical wow factor has increased. There’s more hard-broiled tech death at stake here, and less of the more melodic death metal foundation that The Prodigal Empire made balance with. That means there’s a whole lot of shred going on – the songwriting display is impressive to say the least. “Blacker Than” takes little time to showcase the technically-laced sound after the beginning acoustics fade out, but it also shows how there is still some sense of melodicism, even with the increased musical intensity. There’s some light keyboard work (along with the acoustics) that serve to occasionally shift focus from the sprawling and tight technical flurries that rightly take center stage. The keys and atmospheric, acoustic moments continue throughout the album, with “The Serpent’s Lair,” “Heart of Darkness,” and “Klendathu” also providing some highlights in this area. But the shred is what will bring you back, and each track has more than their fair-share of memorable yet complex riffs (and some fine bass) to keep your attention. In a rare case of saving the best for last, “Unburied” ends the album with some of the most memorable in this area, with an excellent mid-tempo stomper that you hope just doesn’t stop, urging you to immediately hit play again.

Vale of Pnath’s attention to the little details is what makes II such a fun trip. Chock-full of frantic shredding and tasty riffs, it’s also an album that grows on you with each successive spin – there’s a bounty of moments to absorb if you are willing to take the time. Hopefully II pushes their name out further into the scene where it belongs. 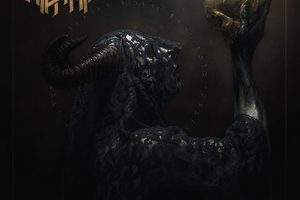