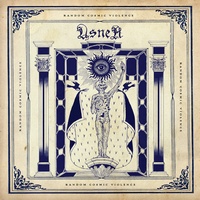 Ugly doom sure has had a bright year, hasn’t it? Albums from Pallbearer, YOB, Eyehategod, and now Portland, OR’s Usnea should been more than enough for anyone who likes to roll around in the sludge with turgid tones. For Usnea, their signing to Relapse should benefit them immensely, putting their crossbreed of funeral and sludge out and about for consumption. Indeed there’s nothing remotely mold-breaking to be found on the band’s sophomore Random Cosmic Violence, but you’ll get what you bargained for, which essentially, is a garish, unforgiving album.

Four long songs to be found, something DR has somehow been able to point out with every release of this vein. (What do these bands do? Call each other while recording to find out how long their songs are? Hopefully not.) So with that in mind, one has to muddle through numerous slow-builds into transitions into pregnant pauses into deep plunges of brutal and slow riffs. It’s a well-constructed way of doing things if one really wants to go down such a road, which helps Usnea level up cuts like the billowing “Lying in Ruin,” and perhaps their jam, “Random Cosmic Violence,” which employs an enjoyable build-up at the song’s conclusion.

About as textbook of a sludge-doom release to be found in 2014’s release schedule, Random Cosmic Violence finds Usnea tossing around familiar, comfortable ideas; generally, the ones that don’t need much of a push to cross the mass heaviness threshold, but leave out any sort of margins for melody and/or atmosphere. Therefore, surely these Portland lads are quite adept at wrecking eardrums in the live sphere. They’ve probably crossed through your town at some point this year anyway…don’t put cotton in your ears. It doesn’t work. 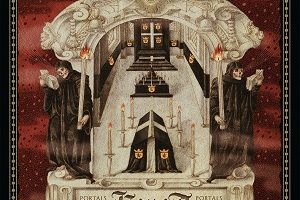