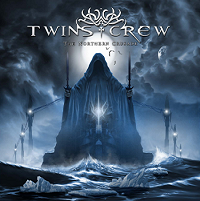 Very Euro, all-encompassing, and in the right by paying homage to the forerunners of power metal (that would be Happy Happy Helloween, thank you very much), Sweden’s Twin’s Crew present a smorgasbord of familiar sounds on their sophomore album, The Northern Crusade. Usually, any utterance of the word “familiar” breeds instant negativity, but in the power metal spectrum, there’s really no such thing as new ideas – just borrowed ones from 20 and 25 years ago, which is why Twins Crew gets some slack and stays out of the power metal dungeon of dorkiness.

The heroic calls of “Last Crusader” are very Stratovarius-like, as in you can see Strato circa 1997 (Tolkki still sane; Jens Johansson’s fingers-a-flying) laying something down just like this, complete with a chorus that would make Hammerfall bulge out of their leather (sorry for the visual). It’s a momentous, stirring track, tailor-made for the European denizens, as is the call-to-arms, song about how great metal is, “Loud and Proud.” They are right – metal is pretty awesome.

Vocalist Andreas “Lillen” Larsson lets out some major dog whistles on “Blade” (Strato again), while the dark and keyboard-dominated “Unholy Grail” is a traditional slice of Yngwie-meets-Accept, perhaps more toward the former. Even the balladry of “Under the Morning Star” manages to stand strong; “Take This Life” too, even though DR was convinced it was going to be an In Flames cover. ‘Twas not the case.

It’s no secret that every idea here was born from the two Keeper albums, both of which stand just as tall back in 1987 and 1988 as they do today (Keeper II is better, by the way). Twins Crew don’t make much headway in the original department, but their natural ability to pick and pull from the various delights that has graced the style make The Northern Crusade more than just a bearable album – it’s quality listening. 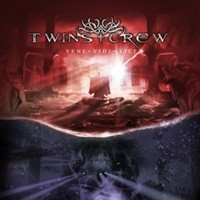