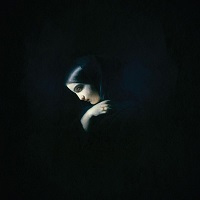 Let us never understate the influence of shoegaze rock in metal’s darker sector. Some of the bands that DR holds near and dear (Katatonia, Alcest, Anathema) all have takeaways from shoegaze, which is best described as detached, atmospheric rock. When placed into the right context and blended with some form of metal, it’s usually a sonic goldmine. For Dallas’s True Widow and their third album Circumambulation, their adaptation of the style might not be as voluminous or moving as the band’s listed above, but there’s some partial quality a-bloomin’.

The sparseness of the band’s riffs, along with the equally minimal vocal patterns might bring out the yawn factory for some, yet when taken into context of how overdone and overblown most extreme music is, it’s a welcome respite. The forlorn jangle of “S:H:S.” is a cool number to kick around too; trance-inducing, even (although DR abstains from controlled substances). “Four Teeth” has a foreboding, cavernous lead riff, and when the steady drums and female vocals of Nicole Estill join in, you can almost see all of the raggity mop-tops in the mid-90’s bopping along.

Because of the regular, almost lollygagging thread that runs through Circumambulation, one is going to have be in a certain mindset to get with the program. However, it’s no different than engaging with anything of the “mood” metal variety – if you have the patience and frame of mind, the results will come. 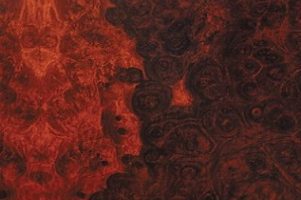