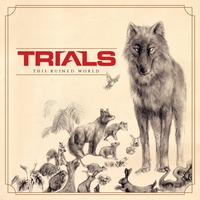 Although being a little bit late to the party with Trials’ previous release (the excellent In the Shadow of Swords), it was a band that left a lasting impact and This Ruined World became a rather anticipated release. Two years have now passed since said album, and it appears that Trials have appeared sharper, wise, and more hungry. This Ruined World is a deadly piece of modern metal.

The great thing about Trials is how their sound can appeal to such a wide variety of listeners, yet never feels compromised or watered-down. There’s pieces of death, thrash, and heavy metal crafted into a feeling that is modern yet timeless. They can hit hard and heavy with some brutal thrash that would make The Haunted proud (“Digging My Own Grave” and “Beat the System to Death”) but quickly fire back with more melodic anthems like the groovy “Inheritance” or the more rock-oriented “Don’t Believe the Word.” The riffing never fails to be memorable, with an emphasis on thick grooves that will cause you to break your neck (“Disgraced and Erased”) and memorable soloing (“Truth Defiled”). Going along with this are the varied vocal talents of Mark Sugar, who can bring an aggressive shout alongside some clean vocals that can carry some melodic power without sounding overtly commercial. If you want to see where this all comes to a head, check out the album highlight “Blink of an Eye.” A thoroughly intoxicating groove is laid down over the top of some not quite clean vocals with a wicked solo following suit just past the half-way point of the song.

Those who enjoy either modern thrash or death really can’t go wrong with Trials. There’s a level of accessibility here, given a large label-backing or higher level of perception within the metal realm, that it’s not hard to imagine Trials performing at the same level as bands like Lamb of God or Machine Head. Yet they can still push a heavier, Darkane-like layer of aggression underneath it all at times. It’s a songwriting skill that deserves much more attention and will be the reason more people flock to this band after This Ruined World hits Bandcamp. 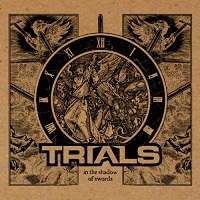 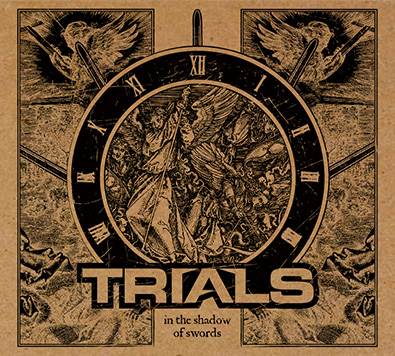