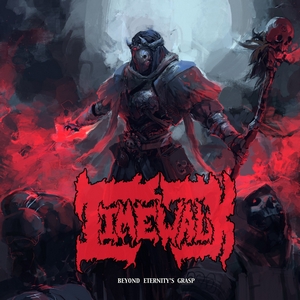 Death metal and hardcore have been some strange bedfellows over the years, concocting some experiments that have worked splendidly or atrociously. Yet the prospect of hearing a new take on the hybrid never fails to stimulate the senses, as both types of music allow for a primal, visceral intensity. Time Walk is a Missouri-based unit that will bring you through a nostalgia-fueled walk into the past, where combining ‘core was more brutal and revered.

In many ways, Beyond Eternity’s Grasp throws back to the early ‘90s. Simplistic and heavy grooves, some Obituary-inspired crawling and Bolt Thrower-esque charges are an excellent fit in combination with some of the anger and searing aggression of hardcore acts like Merauder and Hatebreed. There is a slightly dated feel to it, but it still comes across as fresh due to the combination of the hardcore and metal influences (and no, it’s nowhere near metalcore). The vocals and occasionally punchy riffs bring out the most hardcore nostalgia, with barked shouts being the way of the world (outside of the excellent Runemagick cover that ends the album), giving it a greater sense of immediacy. Much of the album works in the mid-tempo range, and the Obituary slithering on “Time Heals Nothing” manages to get the blood pumping without resorting to high speed antics. Rather, the album appeals due to its intrinsic heaviness – just the right proportion of tough-guy machismo and full-out death metal aggression.

For a new act, Time Walk wields metal and hardcore in a way that denotes a clear knowledge of what makes both tick. Equally favorable by design, the components bring together something stronger than the two genres separately. Beyond Eternity’s Grasp revels in the old school, but brings in enough fresh air to avoid getting lost in the past.