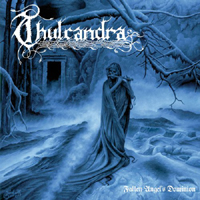 “Dissection-worship has never sounded so good.”

If Blistering were in the press quote business, the above would be the most apt description of Thulcandra’s debut, Fallen Angel’s Dominion. There is a rash of bands who have tried to follow in the footsteps of the now-deceased Jon Nodveidt and co. (Naglfar, Watain, etc.) and most have failed (minus Watain, of course). Thulcandra on the other hand, have a produced a savory, melody-happy affair that is thoroughly enjoyable, in spite of its totally unoriginal nature. Seriously, there’s nothing remotely original about this album. Nothing.

Intro “In the Realm of Thousand Deaths” is lifted from Dissection’s Storm of the Light’s Bane, but again, it works, and sets up the barrage that is “Night Eternal” (can you say “Night’s Blood”). From chord patterns and riff-structures, there’s never a non-Dissection moment, but it also produces some frenzied moments like “Fallen Angel’s Dominion” (“Where Dead Angels Lie” anyone?) and “Legions of Darkness.”

The true standout here is “Frozen Kingdom,” which comes close to reaching the somber, swirling vibe of Dissection’s The Somberlain. Bolstered by lush acoustic guitar passages and a ringing lead riff, “Frozen Kingdom” is perhaps the only moment that made us forget about who Thulcandra are ripping off. Then again, their cover of “The Somberlain” is mere icing on the cake.

Remembering just how many people were let down by Dissection’s Reinkaosalbum from 2006, it would be convenient to say Fallen Angel’s Dominion should have been the album to follow Storm of the Light’s Bane. That’s probably the case. In fact, it is the case. 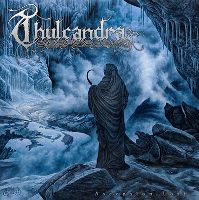 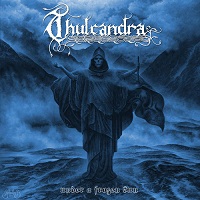