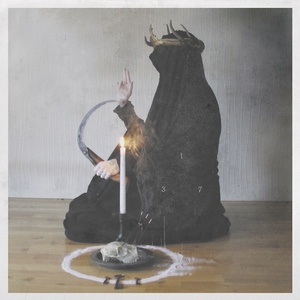 It’s been four years since This Gift is a Curse released their second album, All Hail the Swinelord. An album packed to the brim with malevolence and brutality, the swirling mix of different genres under the blackened lens made it hard to ignore. But as a musical ball of fire, how do you take things to the next level? In this case at least, you add in more nightmarish qualities to really bring forth the fury.

A Throne of Ash is every bit as corrosive and anger-driven as its predecessor. Songs like “Wolvking,” “Threshold,” and “I Am Katharsis” seethe with visceral riffs, hammering drums, and scathing lacerations for vocals. Tracks like these are enough to completely disorient the listener into the band’s rage, and they do the trick every time. They pack a furious assault, but such a one-note front isn’t going to work for a release that sits at 45-minutes in length. So to that end, a slower and perfectly placed track like “Monuments to Dead Gods” works wonders. A sludgy, doomy palate-cleanser that deals more in the eerie and moody than a hardcore/black/sludge/post-metal steamroller, it takes a different form of darkness and preps the listener for round two of the attack. But it’s not just one track – “In Your Black Halo” has more horrifying atmospheric moments that bookend a more direct battering, and closer “Wormwood Star” adds a bit more post- to the mix to generate something more unsettling and nuanced, bring the album to an end with more reflection than you might expect from some of the frenetic churning featured throughout.

While This Gift is a Curse isn’t going to be for everyone, particularly with its high density formula, A Throne of Ash is a blood-curdling, wrath-fueled monster occasionally gives into some moments of more melodic terror. Good for those moments that you need a little more destruction and chaos in your life. 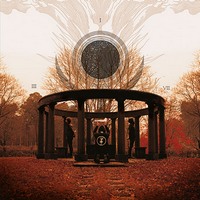