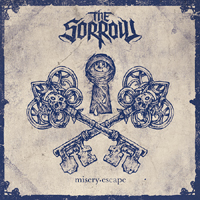 At least The Sorrow aren’t as bad as Bury Tomorrow. That’s one thing they have in their favor. Plus, it doesn’t appear likely The Sorrow will make such an unintentionally lame music video like this, but you never know. Strange things happen on a routine basis in the metalcore world, none more obvious than why these bands keep getting signed and promoted, even though they’re about seven or eight years too late. Therefore, rather than beating one’s bald noggin against the wall trying to figure this out, better just suck it up and go with the flow.

From Australia (like the equally-as-bad Parkway Drive, go figure), The Sorrow have been able to capture a large audience in the Land Down Under, primarily by way of their energetic live shows. That’s fine and dandy, but on record, these lads don’t rank anything beyond a fourth-tier Killswitch Engage and As I Lay Dying imitator, and that’s being generous. From a technical and performance perspective, these guys are top-notch, with crisp riffing (see: “My Oblivion”) and impactful melodies (“Lost Chapter”) essentially being the two things the band does best. Unfortunately, they’re placed in the context of overdone metalcore, where beatdowns are a guarantee, and wiener clean vocals are supposed to come in and top everything off.

Not much else to do with Misery Escape other than toss it in the metalcore dust bin. Frankly, if these guys were musically inept, it would have scored much lower. Then again, they’re not Bury Tomorrow. There’s your positive.