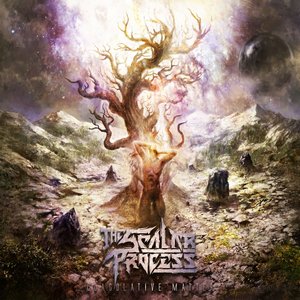 The tech death field shows no signs of slowing down anytime soon, and with that, French band The Scalar Process tosses their hat in the ring for their first full-length. Coagulative Matter has all of the bells and whistles you’d expect from the genre, particularly one on the more progressive side of things. But with the sheer amount of competition, does it have a personality to boot?

It’s not quite a cut and dry answer when you really get down to it, as that question can be levied against many acts in music. There’s a lot of things that The Scalar Process does exceptionally well. Being in this genre of music all but ensures that the band will be rather capable when it comes to handling voracious speed and intricate melodies, but they do also have a good grasp of the more atmospheric side of things. Something that shines on the monstrous 11-minute closing title track. There’s a whirlwind of urgent riffing laced with top-shelf musicianship, as well as some dips into more atmospheric wanderings to lean into progressive melodies and somber moments. “Poisoned Fruit” has a nice balance of frenetic speed coupled with airy injections, and it’s played to near perfection. The biggest problem the band faces, is that the album feels like a giant “sounds like…” analogy. It’s a debut that we are talking about here, so some slack has to be given, but the readily apparent influences will need to be shed as the band continues onwards if they really want to stand out. All of the impressive (and much of it really is) musicianship and technique won’t overcome a sound that feels a bit derivative.

Coagulative Matter plays at a masterful level, and is sure to please the die-hard tech death fiends. But for anyone else, there’s not as much to be as excited about, as the band walks down well-traveled roads at this point. The potential in their songwriting is absolutely there, it’s just a matter of finding a way to twist it into something that feels more unique.