The Machinist – Confidimus in Morte (Prosthetic) 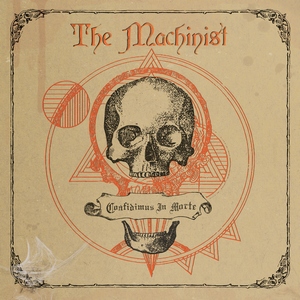 The more modern side of metal can have some interesting tweaks if the members involved choose to venture down the rabbit hole. The Machinist unleash a varied number of influences on their debut album, Confidimus in Morte and turn them into something that stands out in comparison to their peers. There’s a feeling of darkness here that has some potential in their future.

Outside of the modern tag, there’s not a real all-encompassing description that fits for The Machinist. That’s a good thing though, and the way that they squeeze different types of metal into their sound works quite well. Death metal, hardcore, metalcore, and even some elements that move the band towards either Slipknot or Jinjer-esque sounds aren’t out of the question. It’s a mix that keeps you on your toes, and surprisingly it’s never jarring. It’s consistently heavy, but it all flows and gives some moments for respite as well. A darkened atmosphere permeates most of the material, whether it’s the guitar tone (which has an excellent snarl to it) of some forceful chugs or more progressive riffing, or a more mournful sounding solo/lead. Amanda Gjelaj’s vocals have a genuine feeling of desperation and urgency to them when she screams, which also leads to the band sounding more unique than your average extreme metal act. There’s some poignancy to the way that her vocals, the guitarwork, and rhythm section come together in a track like “Everything is Nothing,” where contrasts switch up between more blunt extremity and more introspective darkness.

Despite a level of familiarity within the setup and influences, The Machinist set themselves up in a unique spot with Confidimus in Morte. There’s enough heaviness and extremity to bring in the more dyed-in-the-wool type fans, yet it’s oddly accessible despite some progressive elements. Gjelaj’s vocals are the link between the two that are bound to draw in a larger presence. An entirely enjoyable debut.