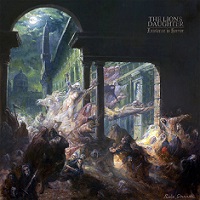 Lots ‘o familiar elements here, starting with the ubiquitous Sanford Parker, who has manned the production boards for just about every major American sludge/doom release over the last five years. Then there’s the overriding monolithic crush of Neurosis, who have come to be a primary influence for an entire generation of sludge-on-doom, or doom-on-sludge outfits. So it all ties together in a bucket of “been there” regarding the debut from The Lion’s Daughter, Existence is Horror.

A power trio hailing from St. Louis, The Lion’s Daughter are prone to running up the extremity hill more than initially thought. The caustic, bludgeoning elements of the band’s sound sometimes don’t connect, like on the grueling “Nothing Lies Ahead,” a song that even with its nihilistic tone, sort of blends into the scenery. However, the soft melodic spread that takes up residence on “Four Flies” is a winner, with the band finding the sweet spot of the quiet-loud dynamics so essential here, while the knifing “Cursed Black End” ends up as the album’s most tenacious number. Elsewhere, the heaving ebbs on “Mass Green Extinctus,” the frazzled, deeply doom chords (complete with minor electronic elements) on “The Fiction in the Dark” and the brazen run of “They’re Already Inside” give off ample doses of bobbing and weaving.

An album that will probably keep its head above water for some small tours and/or supporting slots, Existence is Horror cements just how prevalent the monolithic metal sound has become. (And, to a point, there’s a dearth of clean vocal excursions; singer/bassist Rick Giordano is all growl). Whether tinted under a post-metal window, or spruced-up with unrelenting death metal, The Lion’s Daughter prove to be a versatile lot, if anything else. 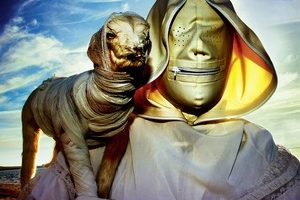