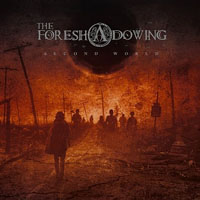 Italy’s The Foreshadowing landed a quick, glancing blow to the Goth metal scene with 2007’s Days of Nothing. It was one of the more dire-sounding pieces of work to come across our desk in quite some time, riddled with songs of disgust about their native Italy and suicidal odes that rivaled Aaron Stainthorpe’s most poignant drops of the pen. Unfortunately, the band wasn’t retained by then-label Candlelight Records, leaving them to sign on with German-based Cyclone Empire for the release of 2010’s Oionos and its follow-up, Second World. In turn, they’ve quickly fallen off the map in North America.

At any rate, the band’s sound has distinct allure to it; coddled by singer Marco Benevento whose vocals are of a romantic quality. It’s probably why a lot of these songs click so well – Benevento has a way of taking a played-out storyline about the end of the world and making it sound believable. The band’s compositions are quite linear as well, without a solid structure, making Benevento’s work on songs such as the title track, the dreary “Aftermaths” and “Reverie Is A Tyrant” all the more impressive. Dude should read romance novels for a living outside of the band.

Because of the roundabout and complex nature of these songs, The Foreshadowing leaves a lot to be desired upon initial listens. But with all the carrot-dangling they do, there’s plenty of takeaways here, including the crisp opening melodies on “Ground Zero,” the acoustic-driven “Colonies” (where Benevento shines again) and doom-laden “Noli Timere.” And once the band’s fresh angle on dark metal starts to weave its magic, more sense is made out of these rather unordinary Goth metal forays.

The Foreshadowing might have some more bread to show for themselves had they continued to saddle-up with the song-oriented method of their debut, yet Second World has enough darkness and captivating moments swathed across its length for it to be rendered worthy. If anything, it goes against a lot of the principles carved out by the British Trinity of Doom…guess Italians like to do things their own way, eh? 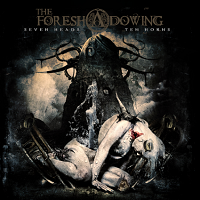 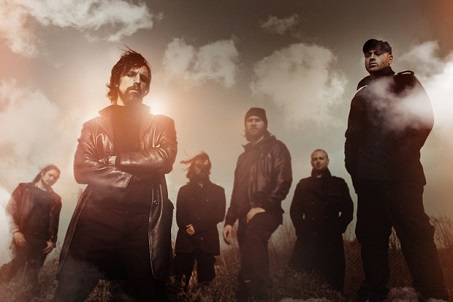