The Colony – Smoke and Mirrors (Self-Released) 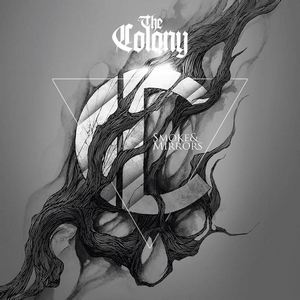 Hooks beyond hooks! That should be the mantra of any band who is playing melodic metal in 2019. If you are going in that particular direction, it’s always best to be sure that you’ve got catchy riffs, memorable choruses, and some slick solos. Granted, it doesn’t work out that way for every band, and some who follow this course don’t seem to get the credit that they deserve. The Colony proves that they can pull this off, even if they might not have the stature of a band like Trivium or In Flames, with Smoke and Mirrors.

The fourth album from this modern metal act, without any knowledge of their previous works, it’s quickly evident that the band knows how to make these tracks catchy, while maintaining a certain level of heaviness. The In Flames/Trivium references seem the most on-point, as the band spends most of their time singing (with a few shouts/screams tossed for impact on a few occasions) but still manages to chock each track full of some catchy guitar work. The choruses come with plenty of emotion and vigor, with more mellow cuts like “Always” having those heartstring moments without too much hokey-ness to them, while heavier cuts such as “On My Own” still pull off a strong hook without diluting from the rumbling guitars. While some melodic metal bands lead more with the vocal hooks, The Colony seems intent on making sure the rest of the band has their moments too, most notably with leads and melodies having a persistent presence in each track. Some acoustic stuff hits as well, giving the band some added dynamic to bounce off of.

The Colony have the formula down for modern/alternative metal and seem very capable to push their way up through the ranks. With the combination of killer vocals (Peter Cullen does truly shine) and plenty of catchy riffs and melodies, it should just take the right push to see them at the upper echelon of the genre. Smoke and Mirrors is solid, start to finish.