Gothenburg worship can only get one so far, and if you’re The Absence, it’s time for a detour. Their 2005 debut From Your Grave had a fair amount of spunk, even if it totally crossed into Black Dahlia Murder territory, while 2007’s Riders of the Plague followed suit and was just a tad less remarkable. Enemy Unbound is virtually a rehashed version of those two albums.

No one is going to complain about the melodic joust the band has put down, as it effortlessly recalls the glory years of In Flames, Arch Enemy, yadda yadda, but it’s all just a tad too familiar. It’s a hazy cross between the aforementioned bands and The Black Dahlia Murder. It’s watered-down melodic death metal to the nth degree. It’s a lot of things, apparently, but it’s nowhere near as good as their debut, nor is it anything but middle of the road melodic death metal.

As usual, there are a handful of good songs here, most notably opener “Erased” and the title track, both of which champion triumphant melo-death melodies that are instantly memorable. Beyond that, Enemy Unbound almost instantly falls into the trap of sameness that oftentimes kills melodic death metal.

Hard to get around an album that is both redundant and rehashed, but when such an overran style is purveyed the way The Absence purvey it, this should have been expected. Strange how a lot of the Swedish bands get nipped and picked at by bands like this, while the Finnish melodic death metal scene (Kalmah, Omnium Gatherum, etc.) remains relatively untouched. Thank goodness for that, although that ship will probably come to port when The Absence and friends can no longer pick at the long-rotting corpse of Gothenburg melodic death metal. 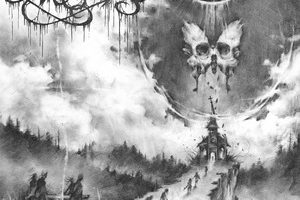 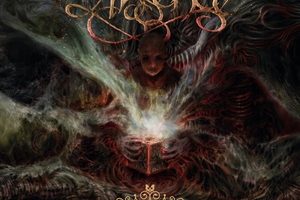