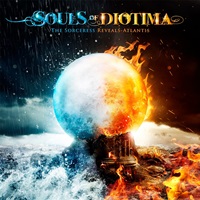 Active since 2004 yet waiting seven years to release a debut full-length, Italy’s Souls of Diotima are onto their third record with The Sorceress Reveals – Atlantis. A symphonic metal quintet with power and progressive leanings, tackling the Greek mythology story of Atlas, who promises to rule Atlantis but ultimately fails and Zeus brings about natural destruction. Breaking the album up through 10 songs plus an equal number of interludes which flesh out the narrative, prepare to take in a 70-minute record that aims to entertain on a multi-sensory mind/body level.

The keyboard orchestration certainly lends a film score flair that combined with the metal foundation gives “Fate and Destiny” an Epica meets Rhapsody (Of Fire) cinematic punch. Guitarists Gianmaria Puledda and Antonio Fiori add quick hitting arpeggio runs to stir the cauldron for “Gold and New Horizons”, something we’ve come to expect out of Symphony X out of the last few albums – while the circus-like mid-section throws me for a decidedly cultural loop that brings up a lot of those outside progressive/jazzy aspects to Souls of Diotima. The musicianship flows in dramatic shifts – rhythmically maintaining a groove as keyboard/guitar tradeoffs build around the foundation, or choir-like parts take over to add dramatic tension, both highlights in “The Battle of Giants”. It’s not easy to place the right narrative themes, battle sequences, or changing tides but they are set up in such a way where it feels much like Blind Guardian – Nightfall in Middle Earth as a seamless set up to the next arc in the concept.

Does everything work? The raspy blackened male vocals from bassist Antonio Doro during parts of “Tears of Fury” add a dynamic twist, but often my ears felt fatigue with the overwhelming keyboard/orchestration propensities that could have been dialed back a touch. Femme fatale Claudia Barsi reigns supreme on vocals, her melodies moving from straight ahead power metal to semi-operatic with nary a trace of accent. Memories of Jim Steinman / Meatloaf songwriting and classical composers factor heavily into one of the second half main pieces “Zeus Unleashed”, where Claudia gets a chance to be more theatrical in her verses while angelic during the chorus.

Ambitious in thought and seasoned in respect, The Sorceress Reveals – Atlantis represents the wonder and beauty of symphonic/power/progressive metal. And we know plenty of people that will dig this on the mythological concept alone. 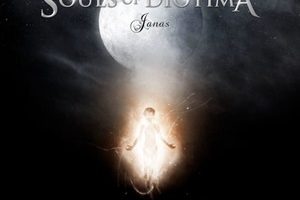