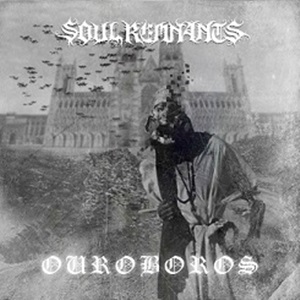 Any band’s third studio album represents a pinnacle moment in their career. Especially in metal – mere mention of The Number of the Beast, Master of Puppets, Reign in Blood, or for death metal maniacs, Spiritual Healing or Covenant, elicit devil’s horns or critical acclaim as mandatory records that stand up today as well as they did when first hitting the streets. Massachusetts quintet Soul Remnants have hit that moment career-wise with Ouroboros – advancing up the ranks to eOne following the positive momentum, press response, and touring/promotion opportunities (including a Rock Band 4 video game appearance) through their last album Black and Blood. Based on numerous spins, it’s obvious this loosely based continuous story regarding war, enslavement, corruption, and extinction during an alternate future checks off all the right buttons that death/extreme metal followers desire for maximum listening pleasure.

Eschewing any superfluous atmospheric intro, the 2:19 “Mechanical Synapse Modulations” delivers deadly blasts, uppity thrash-oriented transitions, and a boatload of flashy progressive passages in the guitar/bass departments – one of those quick hitters that fuse American aggression and European tastefulness. Throughout bassist Ryan Murphy and drummer Colin Conway tackle the varied death/blackened attack as a locked in, supreme machine – supportive while also gaining certain spotlights in tight fills and transitions. Check out the sinister “Regurgitated and Consumed” plus Death-oriented “Mental Tourniquet” for the versatility in both members shifting from straight forward power to blasting death/blackened insanity. The guitar duo of Tom Preziosi and Chad Fisher churn out crunchy, low tuned chords with zest, understanding that there needs to be a balance between all out craziness and some semblance of hooks and melody to get your ideas across. When choosing to go into mid-tempo groove mold for “Depravity’s Lock”, the lead takes on that Hypocrisy meets Death spark, the follow up riffs swinging for the early 90’s fences when bands tempered the brutality with NWOBHM influences.

At almost seven-minutes, Soul Remnants turn on their blackened dynamics for “Dissolving into Obscurity” – Mitch Fletcher shifting between savage screams from the grave and comforting growls as the music twists and turns at high velocity, whirlwind paces. Smartly placing aural breathers or progressive left-field moves to make the next song that much more impacting, “Walled City” features sophisticated shredding and arpeggio-laced axe action that would impress the late, great Chuck Schuldiner (think Individual Thought Patterns or Symbolic) while “Decomposition” is a 2:38 acoustic to electric instrumental, showcasing licks, divebombs, and a neoclassical flair. In the end at nine tracks in under 40 minutes, Soul Remnants proves their worth and integrity remain steadfast with Ouroboros – bringing vestiges back of classic Dissection, Morbid Angel, Cannibal Corpse, and the aforementioned Death throughout to be progressive and aggressive in their death metal stance for today.

Who says the death genre is dead? Not Soul Remnants…not this scribe… and not the hordes still clamoring for heaviness. 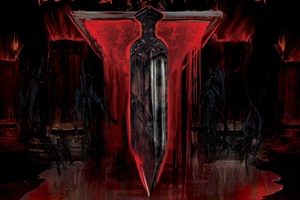