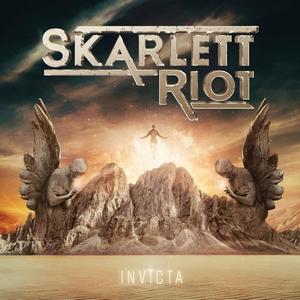 Back in 2017, Skarlett Riot released their second full-length, Regenerate, which saw them expanding their sonic palette and incorporating a more metallic base to their sound. It was a potent release that provided a nice bridge between metal and rock and merging them into the best of both worlds. With Invicta, they continue to up the heaviness and dynamic of it all, rolling out their strongest material so far and staying true to their emotive core.

The heaviness is going to be the first thing that most notice, not only in the guitar riffing (both in metallic energy and solid production) but in that Skarlett’s infectious clean vocals are now accompanied by a fair number of growls, in which Skarlett also partakes (with assistance from other band members too at times). The end result does shift the band more into the metalcore arena in that regard, but none of their captivating sound has been jettisoned in the process. Instead, this aggressive edge merely adds more room for the band to work in. Opener “Breaking the Habit” goes off with a full charge, with thundering mid-tempo grooves and later chugs give Skarlett a wide range play off of, as some growls are slowly integrated as the song progresses. The melodic aspect of the song is woven in effectively, with the guitars shouldering as much of the load as the vocals do. Follow-up track “Gravity” starts off purely in melodeath territory with a catchy melody that explodes into driving riffs. Later track “To the Flames” tosses out some urgent grooves while giving way for one of the album’s most addictive and upbeat choruses – really working the dynamics nicely. At the other end of all this augmented heaviness is a genuine sweet spot in “Into Pieces.” A full-on ballad that allows Skarlett to flex some powerful emotional muscles without bringing it into sappy territory. A definite album highlight that stands out against the more visceral cuts surrounding it.

There’s a brilliant urgency to Skarlett Riot’s music, both musically and vocally, and this uptick in aggression only adds more fuel to the fire. Invicta benefits from a combination of fiery riffs, big melodic hooks, and passionate vocals. A deadly combination that should serve only to increase the band’s presence in the modern metal field. Skarlett Riot’s promise is really starting to unlock at this point. 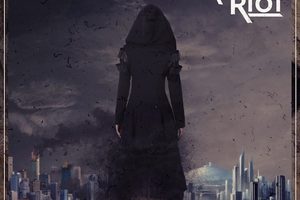