Secret Rule – The Key to the World (Pride & Joy Music) 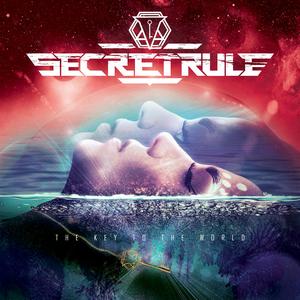 Italy’s Secret Rule have been slowly working their way up the symphonic metal ladder with their two previous full-length efforts. It’s often said that the third time is the charm, and certainly looked at in the music realm as the ‘make it or break it’ moment. In either scenario, Secret Rule should find themselves standing tall with The Key to the World, even if their formula stays mostly intact.

In terms of being a symphonic metal band, Secret Rule have two strong suits (as they have had previously). The first being that of vocalist Angela Di Vincenzo, who caters more to a rock sound than that of an operatic voice. There’s some attitude in her vocals at points, and still enough emotional resin to lift the band up in more synth-inspired segments (like the melancholic “No More”). The second strong suit is that they aren’t overly reliant on the synth presence. Much like Di Vincenzo’s vocals, they don’t mind going in a more traditional heavy metal pattern with the riffing, giving a galloping track like “Are You Gone” a vintage feel while allowing the electronic/symphonic elements to bring them up into modern times (yet being able to distinctly hear both). In this regard, they offer a direct approach. There’s no bloated 6-8 minute tracks here – Secret Rule riffs it out, fires off a catchy lead, and seals the deal with a strong chorus. If anything, it feels like they have locked down their sound and boiled it down to its essence. It’s because of this that the 13-song, 52-minute release breezes by. No weak cuts, just consistently solid from start to finish.

While it doesn’t deliver anything outside of the usual symphonic metal serving, the differences in delivery for The Key to the World make it one worth investigating for fans of the genre. Secret Rule have nailed their individual approach, and it’s surely their strongest release to date.