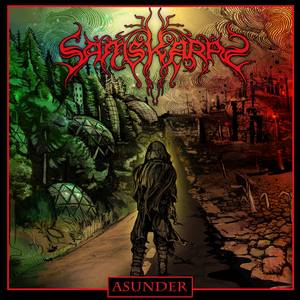 When one hears the phrase “Canadian tech death” there’s a near-certainty that it is going to be some frenzied stuff. A long list of bands have paved the way in this regard, from Gorguts to Cryptopsy to more underappreciated acts such as Augury and Neuraxis. With one listen to Samskaras’ debut Asunder, it’s also with certainty that you can add one more notch to the list, even if a few progressive twists lie in wait.

Like the afore-mentioned bands, the two-man act of Samskaras have a great handle on the technical aspects of death metal. Intricate, fast, and intense passages await all who venture to check this one out, with any of the four tracks serving as a shining example of how to deliver technically-driven material with utmost precision and flair. But in today’s landscape, it’s not such a rare accomplishment. Where Samskaras elevate themselves is that they can perform said acts, and balance them with some surprisingly melodic passages as well. There’s some wildly different Canadian influences that find their way into “Separate,” which has some Woods of Ypres vibes that fit rather well. Another big influence as one listens is that of Enslaved, and the band’s progressive elements play an almost equal share in “Fuelscape” as they do with the more tech-infected pieces. They also use some clean vocals from time to time, but tastefully so, and are a fine enhancement to the songs.

The four songs of Asunder offer a fine taste of what Samskaras is capable of. A technically-proficient death metal act that infuses progressive elements in a way that is distinctly different than what bands like Fallujah and company are doing is a welcome treat. Asunder itself will find itself worthy of some accolades for this alone, and Samskaras is a band worth keeping your eyes and ears on as they continue forth. 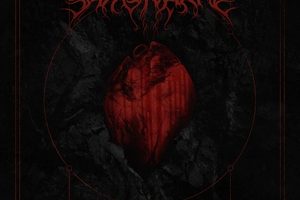