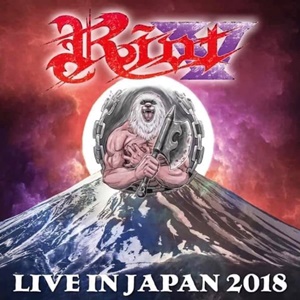 Virtuosity never went away in the Far East when it comes to melodic hard rock or heavy/power metal. That market always appreciates intricacy and schooled musicianship – which makes it obvious where Riot V would record a full-length headlining concert to release Live in Japan 2018. Capturing a show at Club Citta on March 11th, the band would perform the Thundersteel record in its entirety while interspersing material from past and present to encapsulate forty years of history and discography. At twenty-three tracks and close to two hours of music, Riot V illustrate their diversity from bluesy hard rock to power metal, intertwining catchy classics and fan favorites that go down a storm with the faithful Japanese fans.

Debate surely can surface regarding the ‘best’ era (or eras) of Riot/Riot V – we usually find it’s when you discovered the band. For this scribe’s money, current vocalist Todd Michael Hall can take a chameleon-esque approach with all the time periods he has to cover – soaring to the heavens on “Thundersteel” and “Metal Soldiers” just as easily as sing potent cuts from the Mike DiMeo period like “Angel Eyes” or the Fire Down Under anthem “Swords and Tequila” which gets plenty of audience sing-a-long accompaniment. Never content to live off the past, newer songs like “Ride Hard Live Free” and “Take Me Back” get a fair shake during the night, material that stretches their power and bluesy hard rock nuances as guitarists Mike Flyntz and Nick Lee bristle and shimmer in professionalism and tastefulness. During the Thundersteel portion of the show, you forget how fresh and interesting the band’s power metal slant was during the mid-80’s – songs like “Flight of the Warrior” as well as the Accept-esque “Buried Alive” great to hear once again, as if thirty plus years hasn’t elapsed. These musicians genuinely enjoy the interplay between themselves and the excitement of the audience, feeding this into the passionate play of material that in some cases like “Road Racin’” is over forty years old.

Riot (or Riot V now) have always to these ears gone with their gut no matter what style may be in fashion – and as such gained a healthy amount of respect and admiration from fellow musicians and fans alike. Live in Japan 2018 hits the bullseye, and serves up a memorable concert all should enjoy. 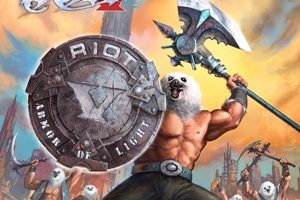