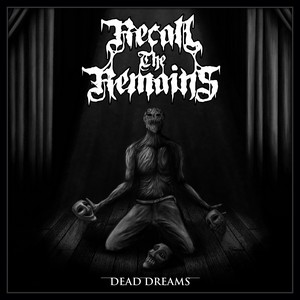 A relatively new act from the UK (formed in 2017), Recall the Remains is a metalcore act with Dead Dreams being their first EP. When it comes to this particular field, it can be an uphill battle with many acts, especially younger ones, diving into the formula without putting their own spin on things. Recall the Remains successfully avoids that issue, and Dead Dreams is a solid introduction that should serve them well going forward.

The most positive aspect of Recall the Remains’ sound is that you can hear the familiar tones of the genre, but they amplify it with extremity. For instance, you can hear a Trivium-esque vibe from opener “Darker Path” (particularly with the clean vocals), but as the song progresses the band moves into heavier territory with low growls and a deathcore-ish feeling to it that shifts the song into a different direction, while still feeling natural overall. Likewise, “Deadlines” comes out swinging with heavy grooves atop some clean vocals that switches gears into far heavier material, with some noticeable melodies that bubble to the surface amid the greater chaos. These little touches serve the band well to give them some greater space between themselves and the average metalcore act. It also gives them a greater strength of diversity, and they seem to play off of the melodic and extreme sides to the greatest extent they can. It makes the choruses pop, as well as the sometimes pummeling grooves.

Memorable and already seeking their own musical space within a crowded genre, Recall the Remains lay some impressive groundwork with Dead Dreams. While a scant five songs feels only like a taste of what they have to offer, the potential is surging. With a proper full-length, this is an act that is bound to take hold within more modern circles – particularly for their use of dynamic with the heavier and melodic sides of the band.