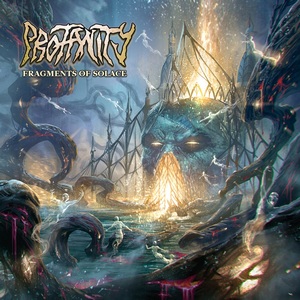 Profanity came back with a bang after a lofty absence with 2017’s The Art of Sickness. The band managed to bring back a genuine ‘90s flavor to their death metal, while upping the technical aspects to be more in line with today’s ever-increasing standards. It worked then, and the band has made some tweaks to the formula with Fragments of Solace while still bringing back the best of what worked last time.

The intriguing part about Fragments of Solace is how the band blends old with new. The ‘90s death metal vibes of their origin is steadfast in its identity, but this is also an album that modern tech-heads will appreciate at the same time for its wild musicianship. Modern progressive touches are more lavish this time around, particularly with the two gargantuan tracks, “Reckless Souls” and “Where Forever Starts.” In order to be successful with an 8 or 9-minute death metal track that is furious, you have to have the chops to back it up. This is where Profanity actually shines brightest on the album, with the length allowing the band to fully indulge in more progressive sections (particularly on “Where Forever Starts”) while keeping a more or less frantic feeling. Both songs perpetually move forward, and while the tech piece can be high at times, it’s always digestible due to their songwriting abilities. Even shorter songs, like “Towards the Sun,” have some wild tech flashes but the album stays quite grounded overall – a strength from focusing on the song instead of merely making it a tech bouquet.

Offering some progress from their last release and showing that they can successfully merge the old ways with the new, Profanity have an enjoyable take on death metal. Song-oriented material that can be flashy, but knows when it is appropriate for the song instead of just vomiting it all over the listener. 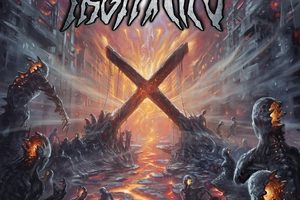