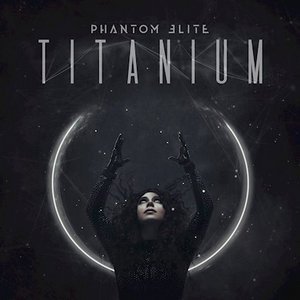 A few years back, Phantom Elite was a band that came out of nowhere and totally impressed with their modern metal debut, Wasteland. Despite some symphonic metal undercurrents, the sound they aimed for was a heavier and more unique one – employing elements that bucked the trends of what many in said genre were happy to follow along with. Titanium is the follow-up, which finds vocalist Marina La Torraca with a new group of musicians behind her (though Sander Gommans still gives some behind the scenes aid to the act). But the result is an even more daring album that should impress many, given their extended reach with Frontiers Music.

Phantom Elite circa 2021 is an act that really can’t even be defined by symphonic metal terms. Modern metal seems a better ‘catch all’ term, but Phantom Elite truly have a sound that feels more their own. There’s an increase in progressive elements with Titanium, but it’s careful to toe the line between musicianship and listenability carefully. The title track in particular shines in this area, with a lengthier time to explore these sorts of elements – be it a twisting guitar melody, extended solo, near djent-y riff, or a touch of serene atmosphere – you can find plenty to digest in this one track alone. Which leads to the piece that many will find a bit stunning if you haven’t checked out the band before: how heavy it can sound at times. “Glass Crown” is driving in its tempo and headbangable modern riffage, bolstered by some ear-candy melodies that you will pick up on more with each listen. “Silver Lining” hits some bludgeoningly heavy marks, as does “Deliverance,” and it gives the songs a richer and full sound. There is a keyboard presence, but it feels more akin to usage in a melodeath act than a symphonic one (see “Diamonds and Dust”).

A lesser act would rely on La Torraca’s admittedly powerhouse vocals to carry the weight, but the band instead gives her a more dynamic and varied platform to launch from. Her soaring and charismatic vocals have an elegance and grace to them, but they also capture a theatrical and commanding tone to them. It’s a great fit with the level of sonic heaviness the band brings, and offers some effective contrast on songs like the epic “Eyes Wide Open” and thundering tempo of “The Race.”

Titanium combines tight musicianship and modern trimmings with an ability to create soaring melodies and choruses, all while avoiding the more tried and true clichés many acts fall prey to. It successfully merges surprising heaviness with gentle yet epic sounding melodies. As such, Phantom Elite have brought forth the first must-have modern metal album in the new year. A must for modern metal fanatics. 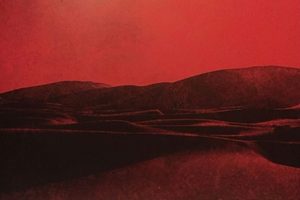