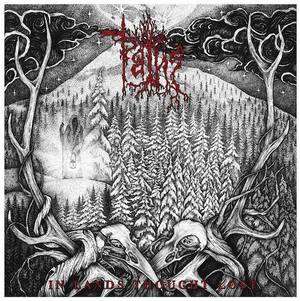 Earth below, stars above, and with woods surrounding us we depart, to seek wisdom, beauty, or things unknown. Or so the story might open in other places but here it means a new journey in the ever-widening canon of black metal explorations, here comfortably under the ‘atmospheric/post-‘ umbrella. Hailing from the Canadian side of the Pacific Northwest, the content offered on In Lands Thought Lost won’t come as a surprise to anyone familiar with Alda, Wayfarer, or .

That is to say the handful of songs are built around a similar pattern: synth lays a backdrop, the guitar (whether in black or post-form) embodies the spirit of exploration, and the drumming (blasts aplenty, played by Panopticon’s Austin Lunn!) keeps the journey in constant motion. These well-worn elements can still surprise and delight, “Creaking Boughs” oscillating between moments of tension, release, and tangible beauty. There isn’t a lot to separate the individual songs, however, each being built around similar motifs, themes, and components. In Lands Thought Lost can and does bleed together.

And that’s unfortunate because there are some really awesome moments here: the closing few minutes of “South Ever South”, a comparatively sparse and quiet finale for an album that spends so much of its time as a deer evading the hunter. In Lands Thought Lost is a grower, don’t be surprised if the first few spins are a cacophonous blur. While you aren’t going to find the style reinvigorated here, it’s a solid offering.